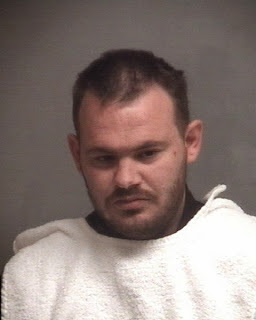 While Stout voluntarily pleaded guilty, he was not pleased with his sentence of five years and three months in prison or the requirement that he make $701,971.55 in restitution.

In an unpublished opinion, the appellate panel said it did not find the sentence or the restitution to be unreasonable.

Stout admitted to committing the August 6, 2012 burning of the Joplin Islamic Center and the October 4, 2013 fire at the Joplin Planned Parenthood office.

Stout was also sentenced to 12 months on a count of denying access to a clinic. That sentenced will be served concurrently with his other sentence. After his release, he will be placed on supervised probation for three years.
Posted by Randy at 7:17 PM

5 years is all he got? What a joke, they should add 5 years.

FREE JEDEDIAH!!! He was framed like Mumia and Peltier!!

Who cares about this and Trump will win a second term

I bet if a Muslim burned down a Baptist church you'd care.

The only group I see out there not wanting to kill and have war with those of other religions are the Atheists.