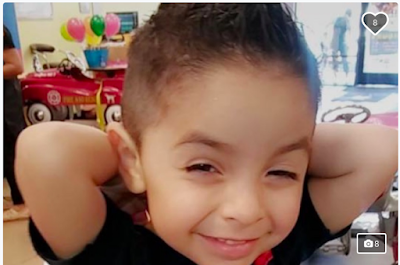 Incident and arrest reports posted on the Joplin Police Department website indicate that the same man who is in jail on a child abuse charge in connection with the death of three-year-old Jonathan Munoz-Bilbrey was charged with assaulting the boy's mother three weeks ago.

Kansas City Police arrested Leonard Valdez, 21, in Kansas City Saturday where the three-year-old had been taken with the injuries that later ended his life. Valdez' bond was set at $15,000 cash or surety, plus $5,000 cash.

The JPD incident report from October 21 shows Natasha Michelle Bilbrey was the victim of domestic assault called in at 12:20 a.m. Valdez, whose address at the time was listed as Denver, Colorado, was arrested on a domestic assault charge the same evening.

The Joplin Police Department was called to Freeman West Hospital Friday afternoon when they received a report of a child with serious injuries who had apparently been abused. The boy was taken to Children's Mercy Hospital where he died today.

Police believe the incident took place at the Bilbrey home.

A Go Fund Me page has been started to help defray expenses for Bilbrey.

He should've got more time instead of bond