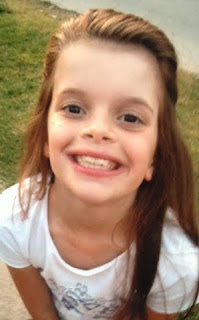 After one hour of deliberation, a Greene County jury found Craig Michael Wood, 49, guilty of the first degree murder of Hailey Owens, 10, Springfield.

The case now moves into the penalty phase where prosecutors will seek the death penalty for the former middle school coach and teacher's aide.

The defense was unsuccessful in its effort to convince the jury that Wood should be found guilty of second degree murder, which would have prevented him from the possibility of receiving the death penalty.

Wood's attorney acknowledged in his opening statement that Wood kidnapped, raped and murdered Hailey Owens then stuffed her body into a trash bag on February 18, 2014, but said it was a result of his use of meth and an uncontrollable sexual addiction.
Posted by Randy at 11:37 AM