Rowan Ford was murdered 10 years ago 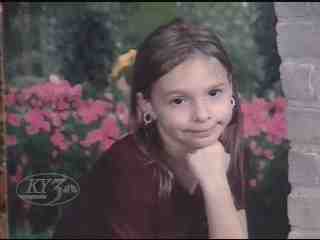 Major crimes are always a source of anniversary stories, except for one glaring instance this week.

On November 3, 2007, 10 years and one day ago, Stella, Missouri, Triway Elementary School and the fourth grade class at that school changed forever.

That was the day when one of the community's brightest lights, nine-year-old Rowan Ford was brutally raped and murdered.

Not one media outlet, unless I missed it, and I will admit I don't see the Neosho Daily News much any more and though I read the Joplin Globe more often, I have found over the past few years that I do not have withdrawal symptoms when I go a few days without reading it, observed the 10-year anniversary of Rowan Ford's death.

As I prepared to post an observance of that anniversary, I checked to make sure I had not missed it and found that there have been mentions of Rowan Ford this week. Most came from the Springfield media outlets and were in reference to the most recent high profile southwest Missouri trial, that of Craig Michael Wood, 49, the teacher's aide and coach who raped and murdered Hailey Owens, 10, of Springfield.

The Globe referenced Rowan Ford in an article posted just a couple of hours ago that the Missouri Supreme Court will hear another appeal of the death sentence that was handed to her killer, Chris Collings.

It would be easy to go into the Turner Report files for a post detailing how Rowan Ford's life ended and that, after all, is what happened November 3, 2007.

Instead, I am posting an edited version of a post I first published in the February 27, 2010 Turner Report. At the bottom of the post, I will provide a link for those who are seeking more information about the murder itself.

In a perfect world, Rowan Ford would be halfway through her sixth grade year at Triway Junior High School in Stella, Missouri.

The biggest trials for Rowan would already be completed- adjusting to the change from the one-teacher existence of elementary school to having different teachers every hour and learning how to deal with the eighth graders who rule the school.

Like all junior high or middle school students, Rowan would be worried about just where and how she fits in.

Unfortunately, we do not live in a perfect world.

Rowan Ford never had the chance to experience middle school, and will never experience first love, graduation, marriage, children, or any of the other parts of life that most of us take for granted.

On Nov. 3, 2007, Rowan, a nine-year-old fourth grader was brutally raped and murdered- and nearly two and a half years later the two men who were arrested later that week for the crimes are still awaiting trial.

Rowan Ford was one of those children who slip through society’s cracks. She showed up at school long before classes began, and she stayed long after the final bell rang. She never wanted to go home.

That was noted in a Joplin Globe article by reporter Derek Spellman published two weeks after Rowan's death:

Her bike was her steadfast companion and she knew the roads well.

Friends and others in the community of Stella would see her — a slender, brown-haired 9-year-old girl gliding along on her blue-tinted Blossom Quest bicycle.

Rowan Ford was careful to steer clear of heavy traffic, preferring quieter side streets that took her around the town’s tree-clad slopes and to the home of her best friend, Tyler, who happened to live across the street from Ford’s second home: the Stella Baptist Church.

There’s speculation in hindsight now, speculation after Ford went missing nearly two weeks ago, speculation that intensified after Ford’s body was found, that the Stella girl spent so much time riding around town because she was keeping away from something.

Life has gone in Stella since the community was shaken to the core by the murder, but there is never a day when Rowan Ford is far from the townspeople’s thoughts.

Visitors still flock to a memorial webpage for Rowan, with condolences continuing to pour in and pages filled with pictures of Rowan and images of cartoon characters like Winnie the Pooh, a direct contrast to the violence that ended Rowan’s life.

When the community recently dedicated a memorial park for veterans, a tribute to the child was included. In her absence, she remains a part of Stella’s everyday life.

Rowan Ford was robbed over and over during her young life. She was deprived of her normal childhood, her innocence, and eventually, her life.

Meanwhile, the hourglass of justice continues to turn at a glacial pace, as the years pass since Rowan Ford, forever nine, was taken from us.

Where was her mother??!! Shame on the rapists and her killer but also shame on her mother for not protecting her! She is just as guilty.

Where was her mother??!! She is just as guilty as the perpetrators for not protecting her.

You don't know the story. You should have done your research.

This is just plain sad ��. How could someone take away such a beautiful life. Someone at school should have looked into the poor girl’s home life more ,clearly the child was trying to get away from something. This world we live in is messed up.