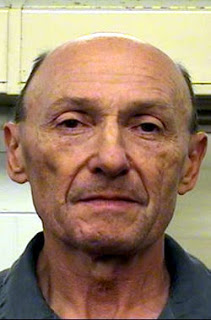 The child pornography trial of a former Joplin pediatric surgeon, originally scheduled to begin next month, will be delayed at least four months while he negotiates a possible plea agreement.

In court documents filed this week in U. S. District Court for New Mexico, the attorney for Guy Rosenschain spelled out the need for the delay, which was subsequently approved by the judge, but left some wiggle room in case Rosenschein changes his mind about a guilty plea.

Rosenschein has hired a computer forensic expert to review the government's evidence, according to the continuance motion, with the results of that investigation to determine which direction Rosenschein goes.

The charges against Rosenscheim were spelled out in the government's motion opposing his release on bond:

An Apple iPhone3G was seized from Defendant’s office inside his residence. Defendant provided BCSO officials with the password to access this phone. The forensic analysis of the phone revealed a Yahoo Messenger account with the user name “cambodia1994.”

Investigators learned that it is against Presbyterian Hospital policy for physicians to take medical photographs on their personal phones. Several of the photographs depict close up views of genitalia.
Posted by Randy at 1:37 PM