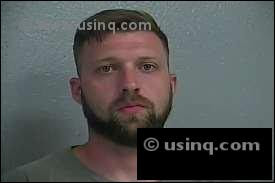 A federal judge sentenced Neosho businessman Blake Altman to six years in prison today during a 41-minute hearing at U. S. District Court in Springfield.

Altman, the former manager of Sam's Cellar, admitted in open court that he had received and distributed child pornography.

Altman will serve his sentence at a prison in Littleton, Colorado. After he is released, he will be under supervised probation for 10 years, according to court records.

Sentencing memorandum: Blake Altman told investigators he looked at child pornography to "ger in the mood."