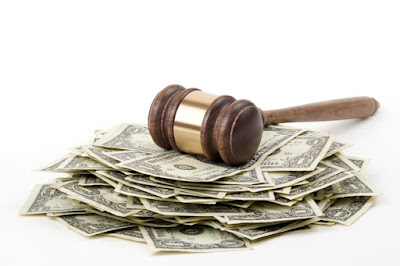 Diamond police officers forced a man to drop his pants and expose his genitalia during a strip search following a November 20, 2012 traffic stop according to a $75 million lawsuit filed today in U. S. District Court for the Western District of Missouri.

Sean Gray, Neosho, claims that R. J. Smith, who was a probationary Diamond Police Department officer at the time stopped him for speeding, then searched his vehicle and conducted the strip search at 1:20 p.m. at Ellison Street and N. Washington.

After the search turned up no evidence of drugs, Gray says, Police Chief Michael Jones told him he was "a f---ing disappointment," adding that he must have tossed the drugs out the window.

On or around November 20, 2012 and approximately four months after defendant Smith was approved for hire as a part-time, probationary, reserve police officer for defendant Diamond, plaintiff was pulled over by defendant Smith for allegedly exceeding the speed limit at the intersection of public streets and public places Ellison Street and N. Washington Street in Diamond, Missouri at or around 1:20 pm. He had no outstanding warrants for his arrest at the time of the stop.

Defendant Smith failed to locate any weapons, drugs or illicit contraband. At or about this time, defendant Smith also ordered plaintiff out of his vehicle without any justifiable cause and onto the public streets in plain view of other persons and/or motorists.

After thoroughly searching plaintiff’s person, the defendants instructed plaintiff to lower his pants and underwear to them and show them his genitals while the group was at or about the aforementioned public streets and public places without a warrant or arrest.

Plaintiff instead stood in the aforementioned public streets and public places and was forced to expose his genitalia to the defendants. Defendants failed to locate any weapons, drugs or illicit contraband on plaintiff’s person after this unconstitutional strip search and body cavity search.

Smith, Jones and the City of Diamond are listed as defendants in the lawsuit.

Gray is represented by Todd M. Johnson, of Votava, Nantz and Johnson, LLC of Kansas City.