Under Missouri election law, the Brush Fires PAC can spend as much money as it wants to support a candidate as long as it does not coordinate with the candidate's campaign. 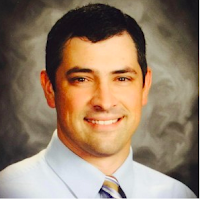 Ethics Commission records indicate Baker, who received a $600 contribution the same day the PAC received the $45,000 from the American Federation for Children, is the only candidate who has received a direct contribution from Brush Fires.

Though Stokes lost his primary election to Bob Bromley, American Federation for Children, in a news release dated August 6 praised the election of Baker and Deeton, referring to both as candidates who strongly favor educational choice, the preferred euphemism for the anti-public education agenda of the organization.


The news release only features information about Baker and Deaton that can be found on their websites, which would indicate their understanding that the two men favor the organization's agenda had to come from another source, since neither mentions the issue specifically.
Posted by Randy at 8:34 AM

How can any intelligent person consider this guy? What don't people understand that a company involved in "schools for profit" are trying to do and change the way your children are taught? I guess it is like going to Vegas versus holding public comment meetings in communities you are supposed to serve, key word, serve and not fleece. Crooked crooked and more crooked. Term limits I guess is best answer to keep these bandits out of our pockets. More importantly is campaign contributions limits or limit a candidate to spending only what their salary is on campaigns with no outside force pushing their agenda on us or them.

How would he know about SW Missouri values? His time as mayor in Neosho has been fraught with him disrespecting women and any others who do not think like a sociopathic charismatic evangelical. He pushes all the buttons like any other tea partier would. He will stop abortion, free up gun ownership, get government out of our lives…but wait. He is running for a government job. What gives with that Ben? Here is what gives; he is looking for a meal ticket and retirement. Plan and simple! If he would like to run something he can fall back on his super successful, nonexistent construction business or a plan C would be King of all Militias’ in the Midwest or his home state of TX. He brought armed militia members to Neosho during the flood event 2 years ago. Armed militia! He did not call the governor; He just dialed up his militia buddies. It is also strongly believed his local militia friends vandalized the property of a woman and scared her grandchild half to death, shortly after a council meeting where the grandmother read a declaration against gun violence.

People have a real fear of the unknown. Our public education system is broken in this country. Something needs to change but we keep putting our heads in the sand. I'm all for changing the system and seeing where it leads us. We can't make it any worse than it already is.

P.S. Anonymous 6:37... you are in idiot! I know people who personally had help from the people who showed up from out of town. They all appreciated it very much and are forever grateful. In fact most of them did not get an ounce of help from any of our local citizens.
The whole gun nonsense with the ball team was an ignorant attempt at making a mountain out of a mole hill by crazy liberals.

>>>I'm all for changing the system and seeing where it leads us. We can't make it any worse than it already is.<<<

Let's put the xtian bible thumpers in charge of the schools. Teach the children all about creationism and Noah's Ark.

Heck, why not haul them at taxpayer expense to visit the Noah's Ark Theme park? (Better hurry as that scam is fixin' to go tits up like a dead sow!)

What could go wrong? Only the idiots who vote for politicians that think this is a good idea have trouble answering that question!

The question was asked, how could it be worse? And 4:15 goes on about his private fears and then states that others have trouble answering questions. Typical leftist. No answers or real suggestions just combative vomit spewed from an ignorant mouth.