The winners will be announced during ceremonies Saturday at the Hilton Branson Convention Center. 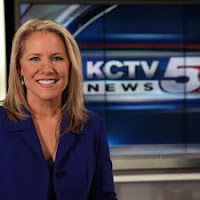 Jennifer Penate who worked as evening news anchor and was a reporter at KODE from 2012 to 2017, is a finalist in the best news story in health/science category for her report, "Mom Sheds Light on Postpartum Depression Behind Bars" at KNWA in Little Rock, Arkansas.

Amy Anderson, a former evening news anchor at KODE in the late 1990s, has been at KCTV in Kansas City since 2003. Her report, "The Day the Music Died," is a finalist in the best news story in arts/entertainment category.