Sarcoxie woman who handed sex offender a condom, watched as he raped 13-year-old, sentenced to seven years in prison 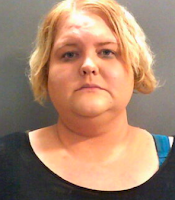 A Sarcoxie woman who handed a sex offender a condom and watched as he raped a 13-year-old girl was sentenced to seven years in prison during a hearing Monday in Jasper County Circuit Court.

Under a plea agreement with the Jasper County Prosecuting Attorney's office, Amber Ramirez, 37, pleaded guilty to felony endangering the welfare of a child in the first degree. A second charge, statutory rape, was dismissed.

The probable cause statement for Ramirez, 37, says she brought the sex offender, Alvin Eugene Brown, 36, Big Cabin, Oklahoma, back to Sarcoxie.

After they returned to her Center Street home, Ramirez, Brown and one of the juveniles, a 13-year-old, were in the garage when Brown began smoking meth in a glass pipe and was joined by Ramirez, according to the girl.


Brown and Ramirez had sexual intercourse in front of the girl.

The next morning, Brown, Ramirez and the 13-year-old rented a room at the Budget Inn in Carthage, where Brown and Ramirez once again had sex in front of the girl.

At that point, the situation grew even worse. Brown joined the girl on the bed and began touching her arm and leg and took off all of his clothes. He then extended the touching to the girl's breasts and eventually penetrated her.

The girl yelled at Brown to stop and said he was hurting her.

Meanwhile, Ramirez sat on the other bed and watched the rape, but not before giving Brown a condom. In addition to sexual intercourse, Brown forced the girl to perform a sexual act on him.

.During her interview with investigating officers, Ramirez admitted to having sex with Brown in front of the 13-year-old and acknowledged Brown's assault on the girl.

Brown pleaded guilty July 26 to statutory rape and was sentenced to 17 1/2 years in prison. A second count of statutory rape against Brown was dismissed as part of a plea agreement with the Jasper County Prosecuting Attorney's office.
Posted by Randy at 10:38 AM

What a disgusting excuse for a human.

There should be no plea agreements or dropped charges in cases like this!

This is not justice for the child. Judge and prosecutor should be ashamed! Vote them out!