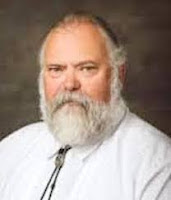 It was after the evening meal and we were sitting in Austin, Nevada. Throwing down on the desert floor did not seem very appealing as one might wake up and find that they had a rattlesnake as a sleeping partner. Austin only offered a couple of choices and both involved the rental of a room for the night.

It was still light, so we filled up with fuel and began that 100-mile leg to Ely. At Ely was a KOA campground and held the hope of a good place to tent camp.

It turned out that dark would sit in about thirty minutes prior to our arrival at Ely. My old friend made a thoughtful observation, “Just keep your eyes peeled for marbles.” Looking for the reflection of our headlights in the eyes of any local critters that like to settle on the pavement for the night turned out to be quite a strain. As night settles in on the high desert and the temperature drops, all the local critters come out of the sparse cover and settle on the roadway that has soaked up all of the sun’s heat during the day. We felt quite fortunate when the city limits of Ely, Nevada welcomed us after an uneventful ride.


Raleigh had arrived ahead of us and was bedded down in one of the campgrounds cabins. We opted to make good use of their wonderful thick grass and just pitch a tent for the night.

The next day took us along the perimeter of Great Basin National Park, across some salt flats, riding in 112o temperatures from Salina, Utah to Grand Junction, Colorado and tent camping in a Colorado State Park just outside of Ridgeway. This was followed by the ride to Silverton, a visit to Mesa Verde and then to Walsenburg. In Walsenburg we actually found a little motor inn and rented a room for the night. As we were getting around that evening, my old friend noted that I was the first person that he had traveled with who had not complained about his snoring. My response was that I didn’t realize that he snored, which caused him to reply, “Well, you sure do. In fact, you snore a lot!”

It was there that I knew if he ever wanted to accompany me on another trip, he would always be welcome. It didn’t make any difference that he was fifteen years older and I didn’t really consider him a peer, he was a great travelling companion. It was that night that this man moved from the status as an acquaintance to friend. After all these years, he is now an old friend.

This story began when I went to visit an old friend. He still looks the same. The distant memories are there, the immediate conversation seems to spiral at times. Time is taking its toll. It is then that I know we are riding at dark thirty in the high desert.

(Paul Richardson's column, The Horse I Rode In On, is published weekly in the Neosho Daily News, Seneca News-Dispatch and on the Turner Report.)
Posted by Randy at 9:48 PM