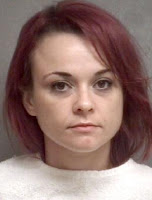 A Joplin woman pleaded guilty to a meth trafficking charge this afternoon in U. S. District Court in Springfield.

Shawna Smith, 27, was one of three people charged in a December 12, 2018 federal grand jury indictment.

The charge against Smith was described in the plea agreement:

Because Detective Leeper was aware there were active warrants for SUTTEN’s arrest, he contacted JPD Officer Bobby Brown and alerted the officer to SUTTEN’s whereabouts.

While Officer Brown was checking SUTTEN’s warrants, Detective Leeper followed SUTTEN and the males from Sonic to a nearby Fairfield Inn and observed SUTTEN “tapping” on the window to one of the rooms.

After meeting with Defendant, SUTTEN got into a blue Dodge Dakota in the parking lot and parked next to a black Ford Five Hundred that Defendant entered. SUTTEN then got out of the Dodge and got into the passenger’s seat of Defendant’s vehicle.

Officer Brown arrived at that time and made contact with SUTTEN while he was with Defendant. SUTTEN was detained and ultimately placed under arrest once his warrants were confirmed.

Officer Laken Rawlins arrived and made contact with Defendant, who had exited the vehicle. Officer Brown spoke to Defendant and requested permission to search her vehicle, which Defendant ultimately granted.

Officer Brown conducted a search of Defendant’s vehicle for narcotics and discovered approximately 23.38 grams of methamphetamine and a digital scale within a purse.

Officer Brown also searched the Dodge SUTTEN was in and found approximately 83.66 grams of methamphetamine and 3.63 grams of black tar heroin concealed in a backpack sitting on the bench seat.

After completing a search of the vehicles, Officer Brown entered the Fairfield Inn and spoke with a clerk at the front desk, who advised that the room associated with the window SUTTEN was seen tapping on was number 124. The room was rented to Defendant. Case

Officer Brown requested permission to search the room from Defendant, and she declined to grant consent. Officer Brown sought and obtained a warrant to search room 124 for narcotics.

JPD officers entered the room to execute the warrant and all observed MCDONALD reclined on one of the beds. Officer Brown noticed a large plastic bag containing approximately 146.39 grams of methamphetamine—an amount inconsistent with possession solely for personal use—on the bed with MCDONALD.

Officer Brett Kohler secured MCDONALD and began a search of the room, which yielded the following evidence:

3. A digital scale inside of a black purse;

5. A note in a trashcan listing names and numbers;

6. A red air compressor with the motor removed, creating a hidden compartment; and

Defendant admits she was conspiring with MCDONALD and SUTTEN to distribute 50 grams or more of methamphetamine.