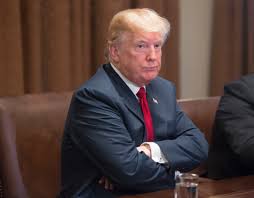 I usually read the Joplin Globe editorial page, but somehow I missed the Globe's editorial on impeachment in Friday's edition.

So before I read it, I checked out the Facebook comments.

Normally, that is a big mistake because many Facebook commenters feel the need to comment on everything and do not bother to ever read the article they are commenting on.

This time, I did it for a reason. I wanted to see if I could figure out what the Globe editorial said based only on the Facebook comments.


The comments, mostly, were based on the brief summary that was provided on Facebook:

The president’s conduct is of concern, according to our editorial board. Determining the seriousness, and consequences, of that conduct is in the hands of those we have elected to serve our nation, and we urge them to solemnly and carefully perform their duty.

Uh, oh! I could already see how this was going to go. The post at the present time has received 545 comments.

I have found from personal experience that any time I write about President Trump and say anything that is remotely critical or is meant to be humorous, my Facebook comments are overwhelmingly negative.

Most of those who make negative comments are not my Facebook friends, but are people who seem to feel they have received a divine mission to slap down anyone who dares to criticize the president.
Of course, it was my decision to leave my Facebook page public, so I suppose I should expect nothing less.

Usually, the comments are not in response to whatever it is I have written, but are opportunities for people to refer to me as a liberal, a lefty (I am proudly right handed, but some of my best friends write with their left hand), or worse.

Rather than address whatever issue is the topic, many of them often make comments that I didn't write about this when Hillary and Bill Clinton did it. (I wasn't writing this blog when Bill Clinton was president and if memory serves me correctly, Hillary Clinton has never been president.)

The few who address the issue often do so by providing links to articles that are from dubious sources.

Some have tried to comment with memes, which I do not allow.

Nearly always, memes are the lazy person's way of saying "I have nothing worthwhile to say."

Now that the preliminaries are over, let's examine some of the Globe's Facebook comments (with my comments added after some of them:

Joplin Globe is a has been, liberal lying media source!

Anyone who thinks the Joplin Globe is liberal is living in an alternate reality.


The Globe is pandering to the left.

Sure it is. What a brilliant business strategy to pander to the left in southwest Missouri.

Great. JG has joined the ranks of prejudice journalism. I thought you were to report truth and unbiased news. Ignorance. Congress does not care about our country. They are not serving our country only a personal agenda.

our pennies would be better spent on news that matters. News papers are dying. No impeachment!! Dream on lefties

I think you have a typo it’s the Biden’s that need to be investigated. Since you have decided to be biased you have lost my viewership.

What Hunter Biden did is part of what is wrong with the entire system. He was placed on the board of a Ukrainian company simply because of his name and undoubtedly as an effort to curry favor with the Obama administration. It is simply wrong for the sons or daughters of a president or vice president to attempt to cash in on who they are. I am certainly glad this commenter made note of that.

Nice to see the death of journalism has found its way to small town America. Partisanship division like this is part of the problem especially when only one opinion is allowed on their soapbox. The Globe has devolved into a festering disgrace.

Good thing no one asked you your opinion. Joplin GlobeTrash

The criminal representatives of the nazi democrat party need to be forcibly removed, By the people of this country! President trump has been the best president this country has ever had and we will all stand for him and fight to the death for his family if need be!

And there were more- many, many more.

Now, I clicked on the link and read this vicious, evil anti-Trump editorial I saw described in the Facebook comments.

Ninety percent of the editorial was an explanation of the impeachment process.

This was the only part of it that was actually an opinion:


The president’s conduct is of concern. Determining the seriousness of and consequences of that conduct is in the hands of those we have elected to serve our nation.

We urge them to solemnly and carefully perform their duty.

The only thing that was even mildly critical of President Trump is the first sentence. The Globe's Editorial Board since the president's conduct "is of concern."

The editorial did not say "President Trump is a crook."

The editorial did not say "It is time we removed President Trump from office."

The editorial did not say "The Democrats are doing God's work."

The editorial said it was up to members of Congress, people we sent to the nation's capital as our elected representatives to be careful and take their responsibilities seriously.

That is a reason to cancel subscriptions and to hope for the Joplin Globe to go out of business?

Apparently, the legions of Joplin Globe Facebook commenters who feel obliged to criticize the newspaper are as thin-skinned as the president they are supporting.

Well, that makes me feel a little better about the subscription check I just wrote.
And about the fact that I keep my facebook contacts limited to family and old friends.

It's not like reading and comprehension is a strength with the typical tRUMP supporter.

The focus to understand the editorial and then respond appropriately far exceeds the abilities of the average tRUMPer.

Pierre Delecto to the rescue!

Liberals and conservatives. Conservatives and liberals. Neither seem to think that their poo doesn't stink and they both throw fits when the other side says it does. All we end up with is name calling, like 10:40, with no honest discussion of important topics. When people say they are talking politics in 2019 what they really mean is they are trying to shut down anyone with a differing point of view. Freedom of ideas is not valued by either side. It is a ridiculous and infantile mindset and articles like this just pour gasoline on the fire.

Why don't we all choose up sides and have another Civil War?

Republican "voices of reason" are why the corrupt and incompetent Donald Trump is POTUS.

No amount of republican excuses or blaming liberals or Democrats can change that.

Why don't we have honest discussions of important topics?

That's what the country needs.

Isn't there some way to mostly blame this on the libs?

If we're being honest, democrats have been "going ballistic" since they lost the election. The feigned outrage is normalized now. All of this is justified though right? I mean it was her turn after all. There is a literal nazi/kkk grand wizard/racist in the white house, why aren't you people understanding this??? Is it not enough that the world is going to burn up in literal global warming fires in 5 1/2 months if he isn't impeached? So what if Obama utilized the spy agencies to spy on his campaign and hinder his administration, while giving his friends a free pass, it was for the good of the country.

Unknown, don't point out facts to liberals, you'll hurt their feelings by showing them truth outside of the narrative. The safe spaces will get overcrowded.

If you are a so called conservative it's not a fact unless your preacher tells you one of two thangs!

First- It's 'sposed to be in the buybull somewheres (he'd read it to you but conservatives + books + reading = hahahahaha!)

7:08, you are a great example of the tolerant, all inclusive left. Enjoy the rainbow... well, as long as the rainbow is only blue, right?

Hypocritical joke. Every. Damn. One. Of. You.

The absurd, rote, almost lockstep anger of left at anyone saying "No, that doesn't prove what you are saying" is what we lawyers call an "admission against interest." Obvious cases are, well, obvious. You don't have to shout,or throw tantrums. Just make arguments. If they exist. https://twitter.com/hughhewitt/status/1186993725404262400

I find it amazing that so many people stubbornly stick with whatever their favored party says. It’s as if people are incapable of having an independent thought of their own. Personally, I listen to FOX news and CNN. I then make up my mind what I believe. This knee jerk reaction, of either all good or all bad of one party or the other denies us our independent thoughts. It leaves individuals parroting whatever their party or news channel tells them to think.

The White House is canceling its subscriptions to The New York Times and the Washington Post, and the administration will order the entire federal government to not renew subscriptions to two of the nation’s top newspapers. President Donald Trump appareled on Fox News’ “Hannity” this week and called both national papers “fake.”

The decision was not made in an effort to cut costs. Just one weekend of President trump golfing likely could pay for a year’s worth of the entire federal government’s subscriptions to both papers. https://www.rawstory.com/2019/10/trump-orders-entire-federal-government-to-drop-ny-times-and-washington-post-subscriptions/

Next up? Trump orders all his chumps to only watch Fox News and listen to Rush Limbaugh?

Have you ever watched FOX news? If you have did you find any of the information useful or did you find it devoid of value because it ran contrary to your ideological views? Do you really find it amazing that those on the right don't have use for leftist propaganda anymore than you and the others on the left have use for right wing propaganda?

You should take a deep breath, step back and realize that all good, all bad thinking has paralyzed this country. Ignorant, ill informed posts like the ones you continually post here are not helpful to your cause. They only go to show how partisanship corrupts completely and is ruining our society.

When the editorial board expresses an opinion,(OUR VIEW)they cease to be objective journalist. They should keep their personal opinions to themselves. They put their opinion at the beginning of the article because they know most people won't take the time to read the whole article. The JG's Editorial Board said in OUR VIEW: "The president’s conduct is of concern, according to our editorial board. Determining the seriousness, and consequences, of that conduct is in the hands of those we have elected to serve our nation, and we urge them to solemnly and carefully perform their duty."
A new subscriber, but now cancelling my subscription.