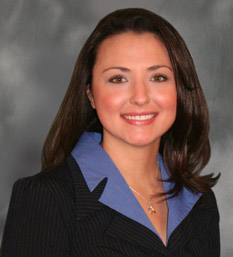 It's the kind of story that local television news does better than anyone.
A Miami, Okla. fireman is critically injured while performing his duties. People have heard about it and they want to know the latest information.
Two of the three local stations led their 5 p.m. newscasts with this powerful local story. KOAM and KODE had the story placed exactly where it should have been- front and center- leading off their program.
The third newscast, KSNF's Live with Gary and Tiffany took a different approach. While the other stations delivered the news and told a tale of an injured hero, Tiffany Alaniz and Gary Bandy were enlightening their audience with yet another major news story...apparently, Gary has a new haircut.
As one of those who is follically challenged, I can sympathize with this misguided news placement, but after the haircut was discussed, the emphasis shifted to the weather forecast. It was a full two minutes before Ms. Alaniz began delivering some actual news.
KSN opened the news segment with the story of the fireman, as delivered by Dianna Hemphill, the Colorado transplant who has impressed during her 10 months in the Joplin area. Ms. Hemphill conducted a live interview with one of the injured fireman's co-workers, and as usual, she was professional and the interview was informative.
But how in the world can you make a fireman who is worried about his friend wait to do a live interview while back in the studio, the two anchors are talking about a haircut? And how in the world can you not lead off your newscast with a live interview with someone involved in the biggest news story of the day?
Ms. Hemphill had the goods, but news had to wait until the Regis and Kathie Lee segment was completed. It definitely makes KSN viewers appreciate the 6 p.m. and 10 p.m. newscasts when the grownups are back in charge.
Posted by Randy at 8:10 PM

The "attack"--more like a critique--was not personal. Simply another instance where the fluff up top of the KSN 5 should have been dumped for the end of the broadcast when serious news was the order of the day.
To leave a reporter who hustled to land a good interview hanging so you can discuss haircuts is moronic.
I understand the concept behind having a personality driven show---but when local news dictates shifting gears and dropping the fun and games that decision should be made.

Randy get a life!!! Good greif. What did Tiffany ever do to you? Did she turn you down for a date or what. Get off her back. I think she does a good job at what she does. They bring a not so serious side to the news which I find very nice. They do an excellent job at the 6 and 10 show. They are serious when need be and not when they don't have too. Find something new to complain about because this one has run it's course.

In all of this, we're missing the excellent job done by Ms. Hemphill. She covers her beat with accuracy and veracity and has an uncanny ability to get quality comments from her interview subject. Plus, she asks the tough questions. And she's easy on the eyeballs.

Maybe she could replace Tara.

I cannot stand watching Tiffany onherknees and Gary nodandy on the 5 o'clock show. It cheapens the news .......cheapens the channel and I can't believe Jim Jackson has stuck around trying to put some respect back into the station. With Tiffany and Gary it is Romper Room at it's worst and Romper Room has long been gone so let these two be gone to or get back on the air and do a regular 5 o'clock news show if they are possibly capable of that. Immature reporters/weathermen do not make for an interesting anything except it is interesting on how they keep their jobs.

Tough questions? Are you sure you weren't just looking at Ms. Hemphill? The very first question was How is Mr. Bunch feeling? She sounded like the thousands of reporters from the early days that would always ask the victims of tragedy how they are feeling. If she was as smart as she is pretty, she would have asked a real question.

"Follically challenged"... haha... I enjoy that new phrase almost as much as "gubernatorial."

"follically challenged" is not a new phrase you dork. It's been around as long as any of the other "politically correct" terms have been. Or instead of dork should I say you "phrased impaired soul"!!!!

Anonymous : 11:27 AM said that Tiffany does a good job at "what she does". You been out with her or something? Because she used to be a good reporter and co-anchor until Bandy came and made her resume her little school girl crush act. Stupid. When you see someone in the situation ON AIR especially then how in the world can you take that person seriously again to report serious news? I can't and know many others that can't either. Babyish schoolkid stuff. Do you EVER think they could get Jim Jackson to act/be that stupid? There's a time and place for everything and trust me the time and place is with your friends IN PRIVATE..not on the air showing your imcompetence and immature side of yourself.
Sign me a previous viewer when it was worthy of me watching.

I have never thought Diana was all that amazing of a reporter...but I haven't watched her for a while either. If she is starting to get better...then no doubt she'll be gone soon. That's how it always works.

Let me tell about Dianna Hemphill. She may be attractive to some, but her beauty is only skin-deep. She is not at all the personable person she appears to be. I have personally heard her refer to the residents of Joplin and the surrounding areas as, "White trash hicks." She constantly complains about her situation as a reporter in "Hillbilly Hell."

I have no respect for Ms. Hemphill, as she has no respect for the residents of Joplin, MO. If the viewers could only hear what she says off-camera, they would never tune into her again. Just listen to her after she's has a few drinks in her. Then everyone will see just how "professional" Dianna Hemphill can be.

Is that untrue? I think she has perfectly described 95% of people in this area. And for someone from elsewhere, this is one of the least desirable places to live in the United States. Places that cost more to live have higher incomes than here, and places that are cheap, like Joplin, have cheap wages, low amounts of entertainment, lower fitness levels from its residents, creating vast negativity, hate, and low self-esteem. So do you really think she was wrong to say that?