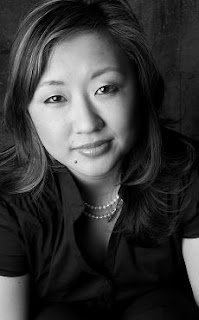 KY3 reporter and blogger Michelle Sherwood offers a revealing glimpse at how politicians use the media. In an April 17 post, Ms. Sherwood describes the way the media was played by Giuliani and Seventh District Congressman Roy Blunt when the former New York City mayor appeared at a Blunt fundraiser this week:

People paid to see Rudy Giuliani. I get that...but Roy Blunt's office sent out a press release to all the media, inviting them to attend. We were told that we could even have a one-on-one interview with Rudy. But instead, when we got there, Roy Blunt told the media that the one-one-one was off...that Rudy would be taking a few questions from the audience...but not from the media. He told the media that Giuliani wouldn't answer any questions because he didn't want it to become controversial.

Unfortunately, this is not an isolated incident. Politicians want media coverage, but naturally, they want to control it. It brings to mind the 1968 election when Richard Nixon took softball questions from audience members and from former University of Oklahoma football coach Bud Wilkinson during a major election eve program. Media members were not allowed any access whatsoever.

I am also reminded of an incident in August 1992 at the Capital Plaza in Jefferson City at the victory party for Republican gubernatorial candidate Bill Webster. Since I was from the candidate's home town, I was told I would receive a one-on-one interview with him and would get 10 minutes.
Later that evening, Webster's aide Tony Feather of Sarcoxie told me I would only get five minutes. After that, it was, "Sorry, Randy, but it looks like you and the other newspaper reporters will have to interview him all at once."

Eventually, as I feared, we newspaper reporters were told we would not get to interview the attorney general at all. Then we watched as Webster went down a row of about a dozen television reporters, stopping to do one-on-one interviews with each reporter. One reporter, whom I believe was from a Columbia station, and who was standing barefooted on the hotel floor, climbed up on a chair and the dutiful candidate climbed up on a chair right beside her where she conducted the interview.

Of course, primary election night was about the last positive moment in Webster's campaign since he soon found himself inundated with the revelations about the Second Injury Fund (first raised by his primary opponent, Secretary of State Roy Blunt) that torpedoed his political aspirations and ended up with him serving time in prison.

As for the Giuliani incident, Ms. Sherwood rightly notes that there are many legitimate questions that the media could have asked and should have been allowed to ask him:

Secondly, controversial? Is it really too much to ask the former New York mayor what the heck he's doing in little-old Springfield? When Blunt introduced Giuliani, he said that the presidential-hopeful understood the needs and desires of Republican voters...but I beg to differ. For the most part, Mr. Giuliani holds non-traditional Republican views on issues like abortion, gay rights and gun control. So would it be too controversial to ask the guy why he thinks he can connect with the majority of Southwest Missourians??????? Can I get an AMEN?

Giuliani came because there were enough silly people in the Springfield area willing to pay $250 a plate to look at him to make it profitable.

Asian Reporter Trisha Takinawa? Is that you?

Giuliani obviously needs to stay home and fix his family and tend to their needs before he can fix the USA.
Giuliani: Get yourself another girlfriend ......that will darn sure make your family proud of you again.