Did cracks in the system lead to the murders of Carthage couple? 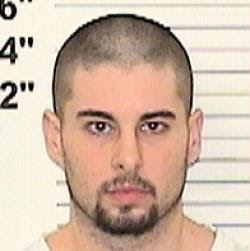 It took a double murder to finally put Darren Winans behind bars. You see in the state of Missouri, brutally murdering an elderly couple is considered to be  probation violation. Darren Joseph Winans, Jasper, less than a week from his 23rd birhday, is serving five years in the state penitentiary in St. Joseph. At some point during those five years, right now it is scheduled for early next year, Winans will be tried on two counts of first degree murder for the October 2009 slayings of Bob and Ellen Sheldon, owners of the Old Cabin Shop in Carthage.
The death penalty is on the line for Winans, and odds are the chief witness against him will be his alleged accomplice, Matthew Laurin, 20, Springfield, who pleaded guilty to the murders and was handed two consecutive life sentences Monday.
What has not been mentioned, except in this blog, are the series of second chances, one after another after another that Darren Winans received as he followed a road of crime that authorities say led to the Sheldon home.
According to online court records, earlier this year, Barton County Circuit Court Judge Charles Curless sentenced Winans to serve the remainder of his five-year sentence on a felony charge of stealing a motor vehicle. Winans had served only four months of the sentence before being released on probation just two months before the Sheldons, owners of the Old Cabin Shop in Carthage, were murdered.

Winans pleaded guilty in Barton County Circuit Court March 21, 2006, to stealing a motor vehicle and was sentenced to five years in prison by Curless. At that point, the sentence was suspended and Winans was placed on supervised probation for five years.

His first probation violation was reported Nov. 3, 2006. At a hearing 11 days later, Curless continued the probation. The next violation was filed Jan. 2, 2008, and another was filed Jan. 30. No hearing was held for the first violation. The second violation appears to be his arrest on drug charges in Jasper County. Judge Richard Copeland signed off on a deal that let Winans plead guilty to a misdemeanor and sentenced Winans to one year in the county jail, then suspended the sentence and placed him on unsupervised probation for a year. After that, a probation violating hearing was held in Barton County where Curless sentenced Winans to prison for five years, but kept the case on a 120-day callback. Winans' prison stay began May 1, according to court records, and concluded Aug. 28, six weeks and two days before the Sheldons were murdered.

Winans' next probation violation was reported three days after the murder, according to court records, with two more violations reported Oct. 30 and Dec. 9. The records do not indicate that hearings were scheduled for any of the three alleged violations.

In the meantime, Jasper County Circuit Court records show Winans' "ex-spouse" asked for a child protection order to be issued May 19. During a May 27 hearing, Winans denied her allegations, but Judge Stephen Carlton issued the full order of protection. Whatever the allegations were, online records do not show that any probation violation was filed.

While authorities have charged Winans with two counts of murder, and single counts of burglary and armed criminal action, no one is examining how or why Winans slipped through the cracks in the system. Do more people have to be killed before anything will be done?
Posted by Randy at 12:55 PM