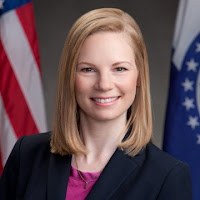 The news release from the state auditor's office is printed below:

State Auditor Nicole Galloway today released an audit of the Joplin municipal court, highlighting the need for stronger oversight of clerks' actions and increased measures to ensure the security of the court's electronic data.

"For many Missourians, municipal courts provide the most day-to-day interaction they have with local government. It's essential people understand and trust the work these courts do," Galloway said. "In Joplin, the municipal court can take steps recommended in my report to ensure they're protecting citizens' confidential information and maintaining reliable records."

The audit identified 120 users that had improper access to the court's electronic data. Eighty-nine of those users were former employees who no longer worked for the city or the court. The report also found the court fails to comply with state law or Joplin's city code in assessing fees totaling approximately $145,000. For example, the division assesses a $25 failure to appear fee without filing charges for a violation. Court officials also fail to review changes made by clerks to the case management system, causing incomplete records and increasing the risk of abuse.

The complete audit report, which received an overall performance rating of "poor," can be found online here.
Posted by Randy at 8:11 AM