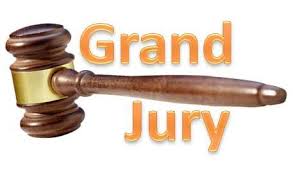 A federal grand jury indictment charges three Joplin residents and a Lamar man with meth trafficking, conspiracy to distribute meth and using a cell phone in the commission of a felony.

The crimes allegedly occurred between May 10 and May 12, 2016, according to court records.

This marks the second time the four have been indicted on charges connected with this alleged conspiracy.

The U. S. Attorney for the Southwest District of Missouri issued the following news release November 14, 2016:

Tammy Dickinson, United States Attorney for the Western District of Missouri, announced today that nine southwest Missouri residents have been indicted by a federal grand jury in relation to a conspiracy to distribute methamphetamine in Jasper County, Mo.

The federal indictment alleges that Loomis, Stein, Walker, Courtney and Romero participated in a conspiracy to distribute 500 grams or more of methamphetamine in Jasper County from March 1, 2015, to Sept. 24, 2016.

The indictment also alleges that Stein, Nigro, Bresee and Gire participated in a conspiracy to distribute 50 grams or more of methamphetamine in Jasper County from May 10 to May 12, 2016.

In addition to the conspiracies, the indictment charges Stein, Nigro, Bresee and Gire together in one count of distributing 50 grams or more of methamphetamine and in one count of using cell phones to facilitate the drug-trafficking conspiracy.

Courtney is also charged with four counts of distributing methamphetamine.