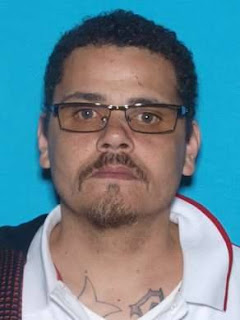 A Florissant man accused of the March 1 shooting of Jasper County Deputy Nolan Murray was bound over for trial following a preliminary hearing today in Newton County Circuit Court.

The next hearing for E. F. Fitchpatrick, 43, who is charged with first degree assault, armed criminal action, and unlawful possession of a firearm, is scheduled for 9 a.m. June 26 in Judge Tim Perigo's courtroom.

Fitchpatrick was arrested after a two-hour standoff at the Econo Lodge on Range Line in Joplin. He was only a few months removed from his last stay in a federal penitentiary.

Fitchpatrick's arrest was detailed in a news release issued by the Joplin Police Department:

On March 1st, 2017 at 3:48p.m. officers with the Ozarks Drug Enforcement Team were attempting to serve a search warrant at the Econo Lodge Hotel, 3510 South Range Line Road. As officers attempted to make entry into the second floor room a gun shot (s) was fired at the officers through a window striking Jasper County Deputy Nolan Murray. Deputy Murray, who was wearing a bullet resistant vest suffered injury from the gun shot and was transported by EMS to Freeman Hospital. Officers on scene requested assistance through Joplin Dispatch.

Officers with the Joplin Police Department arrived and a SWAT operation was activated. After failed attempts to establish contact with the suspect in the room, officers deployed chemical munitions into the room. EF Fitchpatrick Jr (43) of St. Louis, exited the room and was taken into custody and transported to Mercy Hospital by EMS.

When Fitchpatrick was arrested, he was only a few months out of prison.

The defendant has prior felony convictions for Tampering with Service Utility, Burglary, and Possession of an Illegal Weapon in March 1991, Possession of an Illegal Weapon in March 1995, three counts of Forgery in November 1998, and two counts of Distribution of a Controlled Substance in May 2005. The defendant is presently incarcerated in the Missouri Department of Corrections as a result of a parole violation predicated on this pending case, and is therefore not eligible for pre-trial release.
Online court documents also show Fitchpatrick being charged numerous times with domestic assault and on two occasions, in 2000 and 2005 had protection orders entered against him.

Before the standoff at the Econo Lodge, Fitchpatrick's most recent brush with the law occurred just 12 days ago when the Fair Grove Police Department pulled him over for speeding and for operating a vehicle without a valid license.
Posted by Randy at 8:27 PM