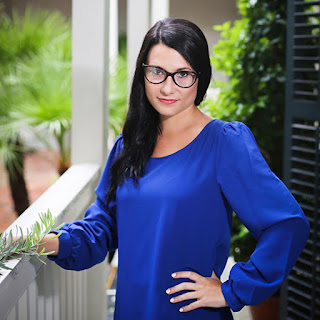 Today, the Missouri Republican Party named Keelie Broom as its Communications Director. Broom, a Mississippi native, earned a Bachelor of Arts from Millsaps College, where she was awarded the John F. Kennedy Award for Political Science. Broom then graduated from Tulane University Law School and spent several years in practice as a civil litigator. Recently, Broom was recognized by a national publication as a preeminent attorney.

Prior to her time as an attorney, Broom worked in the United States Senate under the leadership of Senator Trent Lott. There, she assisted in media relations and digital and print media.

"We are pleased to announce the hiring of Keelie Broom and welcome her to the state of Missouri," said Austin Stukins, Executive Director of the Missouri Republican Party. Stukins continued, "Keelie has an impressive background in the courtroom and in politics--she has shown the type of strong communication and leadership it takes to get our message out."

"Missourians deserve strong, principled conservative leadership," said Broom. "I am thrilled to join the Missouri GOP in its efforts to make sure that the people of Missouri get just that."
Posted by Randy at 5:14 PM

Republicans don't give a damn about state residents. You can't tell me there wasn't someone equally or better qualified FROM Missouri. Greasy Greitens has done the same thing in his administration. Show me some consideration for local talent. Anyone voting Republican should lose their job to an out of state resident!

Lay off the Kool Aid Harvey

Fighting to prevent those that serve in the National Guard from getting workman's comp when injured on a callup for Katrina?

"This is a workers' compensation case. The sole issue presented is whether the workers' compensation judge (“WCJ”) erred in finding the appellants, three National Guardsmen (the “Guardsmen”) who were injured while on active duty in New Orleans after Hurricane Katrina, lack a right of action under La. R.S. 23:1211 and thus granting summary judgment in favor of the defendant, the State of Louisiana. Finding the Guardsmen have a right of action, we reverse and remand."