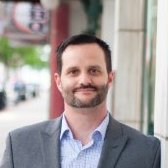 Good afternoon, everyone. Please see below for this week’s update.

• On Tuesday staff and I received an update from the consultant working on updating our zoning code. At this point, our timeline for having an initial draft finished for review is approximately 4-5 months.

• Later that same day, staff met with Mark Schuster, owner of the SWL, to discuss the potential terms of a lease with a team for their startup league. Our city attorney’s office is working up a term sheet that we will share with you, but we have planned to bring an agreement to you for consideration at the meeting on February 5th. Representatives from the league will be present to answer any questions.

• As I mentioned in last week’s update, the parks advisory board recommended we proceed with the mountain bike trail at Dover Park, and the redesign of the disc golf course at McClelland Park. In other parks news, Memorial Hall is busy over the next several months; I’ll forward a more complete update from our parks director separately. Also, as you’ll read in Paul’s email, golf rounds are slightly up year-to-date as well.

• The most recent update from public works regarding status of our infrastructure projects will be sent to you shortly.

• In the world of HR, we’ve recently seen some significant changes in staffing at the company who handles our third party administration of claims. As a result of a decreased level of service, we will be issuing a new RFP this weekend soliciting proposals from firms to continue providing this service. The contract was set to expire towards the end of this year, but due to the circumstances brought on by the sale of the company, we feel a need to bump up our timeline to get a new company under contract.

(Note: In an e-mail this morning, the city manager told me that he discontinued the weekly updates because he felt they were becoming repetitive, but recently began doing them again at the council's request.)
Posted by Randy at 4:19 PM

Sam Anselm, when will the JPD begin to post their Incident Spotlight reports?
You have no right to keep public information from the people. That's why it is called PUBLIC INFORMATION.

If you want to present a positive persona of our City you need to remain focused on the daily operations of the city,such as preventing fraud, embezzlement, corruption, completing road work in a reasonable time with lower expense, and bringing higher paying jobs and industry into our community.

Joplin will not support this baseball team. When will you figure that out? If I go to a ballgame, it will to be to watch the college kids.

Building the ballpark what a huge disaster/waste of money. Joplin is not in the big leagues or even the little leagues.
That money could have been better spent investing it in a rehab facility here in Joplin so maybe we could get help for the large population of addicts in our city.

I believe Sam is completely disconnected with his surroundings. Has he really taken a good look at Joplin? Our city is a huge shithole! Ballpark? Think there are much higher priorities.