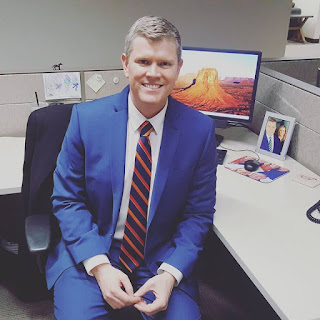 Shortly after leaving Channel 12, Dorman described his time in Joplin:

We made some incredible changes in our format, pacing and style. We had an action themed format with little chit-chat, lots of news content, few packages and nine minute A blocks. Over the course of the two years I worked there our team we went from a weak number three station to a solid number two in every show.

I introduced KODE/KSNF to Facebook and Twitter. We grew to consider ourselves to be a mutli-media station. We used social networking on a daily bases to drive our website and interact with our viewers.

There were some challenges working in a market that size, it was also my first experience with a share market agreement, which could be tough from time to time. We also covered four states. It taught me to stay quick on my toes and be prepared for just about anything. Knowing state laws and the political atmosphere in four states meant lots of late night reading on the latest going on. It was a great experience working with reporters just out of college. It really taught me the importance of working and learning as a team.

Tried to watch this guy several times. Made me fall asleep every time.