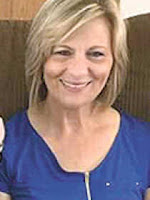 In a sentencing memorandum filed today in U. S. District Court for the Western District of Missouri, the government rccommended a 46-month prison sentence for former Vernon County Ambulance bookkeeper Tina Werner, 54, who pleaded guilty earlier this year to one count of wire fraud in connection with the embezzlement of more than a quarter of a million dollars.

In Werner's sentencing memorandum, her attorney argues for probation noting her service as a paramedic, the post traumatic stress syndrome suffered by many paramedics, the fact that she was placed in charge of a complex bookkeeping system despite having no training and her embezzling coming as a result of the end of her 29-year marriage and her romantic relationship with her co-defendant, James D. McKenzie, 51, the former Ambulance District director.

The government counters that Werner and McKenzie, her long-time supervisor, had been conducting an "adulterous relationship" before the Werner marriage ended.

Werner's crime was spelled out in the government's memorandum:

In this particular case, the defendant, over the course of almost three full years, utilized her access to public funds and took advantage of the public trust bestowed upon her to steal more than $270,000 from the taxpayers of the Vernon County, Missouri Ambulance District

While the defendant pleaded guilty to only one count of wire fraud as a part of her plea agreement, she committed numerous fraudulent transactions over these three years that would each qualify as a federal felony offense under the same statute.

The defendant’s significant scheme was not one of necessity or survival, but greed, as evidenced by her reported adjusted gross income amounts of $55,099 and $72,387 in 2014 and 2015, respectively.

In fact, the defendant’s scheme developed out of her desire for a nicer residence and her adulterous relationship with her married co-defendant supervisor.

In the years relevant to this defendant’s conduct, the VCAD provided life-saving services to the approximately 20,000 citizens of the ambulance district. The VCAD was funded through tax revenue and through billing certain entities for services rendered.

As a part of the internal operations of the VCAD, the district office provided methods and bank accounts for its employees to save money for the Christmas shopping season and to donate money for an annual toy drive.

In addition to the defendant stealing VCAD money from its operating account and utilizing VCAD credit cards for personal benefit, she also embezzled over $95,000 from the employee Christmas account and over $111,000 from the VCAD charity toy drive account.

While the defendant utilized over a quarter-of-a-million in taxpayer dollars for her own benefit, the district she was entrusted to serve suffered substantially, to the point of having a lien filed against it for $213,158 for unpaid payroll taxes and taking out two substantial loans after the discovery of the defendant’s fraud just to maintain its daily caretaking operations and pay outstanding debts.

The defendant’s greed caused great risk to the well-being of Vernon County citizens.
Posted by Randy at 6:02 PM

A person that does this type of thing has no conscience.

A person who does this sort of thing is no different than any other thief. It doesn't matter how much or how little or from whom it's taken, a thief is a thief.

I am sorry that she suffers from PTSD, but I don't think there is a connection between that and the fact that she stole money or the bookkeeping system was too difficult to learn correctly.

I say send her away. If it was anyone else doing these kind of actions then we wouldn't get a second look. She knows and realizes what's right and wrong

What about him? He benefited as much or more than she did. She didn't do this by herself.