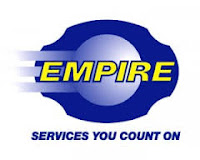 (From the Missouri Public Service Commission)

The Missouri Public Service Commission has approved a request filed by The Empire District Electric Company (Empire) to change the fuel adjustment charge (FAC) on the monthly bills of its electric customers.

High electric bills. Sell out to Canadians....the smug tiny Empire District should have merged with a larger utility years ago but no its local,its Joplin...the regulators in Missouri have been/are not focused on public service...they should have seen scenario years ago and encouraged a better public utility for Joplin area...what are rates in 4 states around us?

I dont know but we were sick and tired of outrageous electric bills. We just went solar. On sunny days they are buying electric from us.