Paul Richardson: Come home to Neosho and find a hat for your head 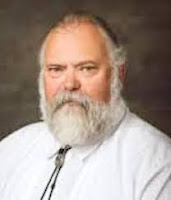 (Paul Richardson's column, The Horse I Rode In On, runs every week in the Neosho Daily News, Seneca Post-Dispatch and on the Turner Report.)

Another milestone has been crossed off the old checklist by many a recent graduate. The good wife and I were able to celebrate the graduation of our oldest grandson from University of Arkansas. His grandma, the good wife, had promised a trip of his choosing as a graduation gift.

So, we “went to the desert on a horse with no name”. Why it didn’t have a name is a good question, but with all that time in the desert one would think that we could have came up with a name. Just saying. Nevertheless, his choice was New Mexico and more specifically Carlsbad Caverns.

Sure, we stopped at Roswell and examined the extensive data and debate over the pro vs. con of extraterrestrial existence. Prior to that we made a stop in Amarillo and visited the Big Texan Steakhouse. We were hoping for the full Monty package of dinner and a show.

The latest attempt involving someone submitting to the misery of consuming four and one-half pounds of steak and all the sides, sides which seem to be numerous, had just occurred prior to our arrival. No loss since that attempt was a fail anyway. A successful attempt had been completed the previous day. What a way for that person to remember Mother’s Day.

With the plethora of interesting and intriguing information and sights of New Mexico, the visit to Carlsbad Caverns proved to be an excellent choice.

While many a cave can be seen in Missouri it was easy to understand why this area became a part of the National Park System. Not to miss any of the experience, we elected to enter through the natural cave entrance and walk the mile-plus in distance while descending seven hundred fifty feet to the floor of Big Room. There we were in the cavern.

Next was the completion of a one mile-plus self-guided tour around the Big Room. If you don’t do it all, you don’t get the full experience.

In exchange for the full experience, we chose to take the elevator back to the surface and the Visitor’s Center. It is amazing the choice that can be made on sore feet and rubber legs!

Later that evening we returned in order to watch the bats swarm out of the mouth of the cave. I would like to report that this was a Bruce Wayne experience, but the Park Rangers had very specific rules about what one could and could not do.

Sitting in the entrance of the cave and watching the bat flight take place was not an option. So, I sat quietly in the amphitheater with the rest of the people in attendance and watched the spiraling flight at the cave entrance funnel itself into a cloud of bats as far as one could see in the twilight hours. That was an amazing feat of air traffic control channeling two hundred thousand bats into the night sky.

The plan was that the bat flight be followed by a colorful desert sunset and an amazing night sky. The sun did set sans the colorful part and with a moon that was waxing three quarters full provided such light pollution that the big New Mexico sky lacked in comparison to a nice dark night at Sane, Missouri. Our imaginations may have exceeded reality on these two experiences but paled in the memories of what had been experienced deep underground earlier in the day.

We rode through the desert and all the way back on a horse with no name to find that there is no place like home.

Just like our new graduate who is also returning to Neosho for employment. He will be putting his education into functional use locally, supporting our local economy and becoming an integral part of the community.

Having a community that supports individuals across the entire spectrum of their career development is critical. Every job needs a person to fill it, every hat needs a head. Current job vacancies are at some of the highest levels in recent memory. Every graduate whether high school, trade school or college has opportunities in our community. Come home to Neosho and find a hat for your head!
Posted by Randy at 12:56 AM