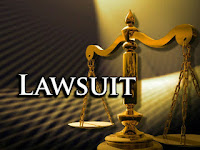 A scheduling conference is scheduled for 2:30 p.m. Wednesday in Jasper County Circuit Court for a lawsuit filed by a former Joplin High School student who says she was sexually assaulted at the school and received little help from district officials.

In the case, the student, referred to as "Jane Doe" in the petition claims the district had "at least nine incidents of sexual misconduct or assault between 2010 and when the lawsuit was filed in April 2017.

According to the petition, the assault took place February 24, 2016. Jane Doe's stepmother took her to Freeman Hospital for a sexual assault examination and reported the assault to the Joplin Police Department.

It was also reported to district administrators, including the Joplin High School senior assistant principal, according to the lawsuit.

It was not the first time the male student who committed the assault had been involved in something of that nature, the petition said, alleging district officials were aware the student had been involved in previous sexual misconduct incidents involving female students.
Because of the assault and sexual harassment and the district's handling of it, the petition says Jane Doe has suffered "emotional distress, anxiety, fear, and depression."
Eventually, she had to finish the school year off-campus.

The case is being tried by Judge Dean Dankelson.
Posted by Randy at 1:44 AM