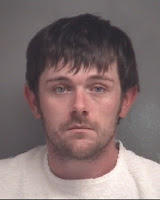 Adam Duncan was sentenced to five years in prison for felony child abuse Thursday, but Duncan still will not admit he committed the crime.

Duncan, 29, Joplin, entered an Alford plea meaning he does not admit guilt, but acknowledged the prosecution has enough evidence that a conviction would be likely if the case went to trial.

Under the terms of the plea agreement, one count of child abuse was dismissed.

Duncan's crime was described in the probable cause statement:


Further, on December 5, 2018, Adam Duncan committed the crime of abuse of a child. During this instance, Duncan physically struck (the child's) head with his hand multiple times causing serious bleeding to the right side of his head. (The child) also had serious bruising to the back of his hands and thighs caused by physical abuse.

Duncan's girlfriend, Haley Simpson, pleaded guilty March 27 to an amended charge of endangering the welfare of a child and was placed on unsupervised probation for two years.
Posted by Randy at 9:52 PM

Why does the mom get off that easily?
Is the child still with her?

I agree. These mothers should be held accountable for whom they allow to discipline their children.