Probable cause: Joplin man murdered the mother of his grandchildren, shot his son and left him in critical condition 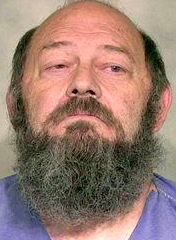 The shooting took place as a result of a custody dispute, according to the probable cause statement filed today in Newton County Circuit Court.

Rickey Lamb, who at one time had custody of his son and Tyminski's children, said his son told him the next time he, Christopher Lamb, got the children, his father would not get them back.

Rickey Lamb stated he went to Christopher Lamb's house to scare him so he would not keep the children. (He) stated he knew Christopher Lamb had a single shot shotgun so he took his 30-06 rifle with him for protection.

(She) stated Christopher Lamb got his gun and shot at Rickey Lamb after Rickey had already shot Christopher and Sarah.

Sarah Tyminski was found in the front yard with what appeared to be a single gunshot wound to the hand and the side of her abdomen. (She) was pronounced dead at the scene.

Christopher Lamb was found inside the house near the front door He was transported to the hospitl and is in critical condition.

After treatment for a gunshot wound to to the shoulder, Rickey Lamb was taken to the Newton County Jail, where he is being held on a $500,000 cash-only bond.
Posted by Randy at 2:44 PM

This is tragic and very interesting how a father and son get to the point they have a gun battle over a young child that is blood to both!

There are way to many grandparents supporting their grown children and raising their grandchildren.
If adults took care of themselves and their children instead of forcing the burden on others, this may not have happened. Looks like the dad finally snapped. Sad for everyone, but I am angry at the parents for pushing the Dad to his limits. They were mostly likely diarespectful to him and unappreciative of all he has done to help them. Unfortunately now this has happened and the situation has become even worse.
Parents and Grandparents ahould stop enabling their children and force them to be responsible for their own.

But he shot them. Let's not completely blame them.

Those poor kids have to live with the fact that their grandfather killed their mother and shot their dad.

There has got to be way more to this story. 1.) Why did the grandfather have custody of the children? 2.) What happened to the charges Chris had against him for beating Sarah last year? 3.) Did the two get custody of the kids again? 4.)This whole situation is terrible but not too sure the father should be tried for murder... Let's let the jury decide!

6:18. The grandparents raising their grandkids are the same people that raised the parents.

Rick and sharon are good people ! This is a sad mess ! Prayers for all

What in the hell are you talking about? Not sure if he should stand trial for murder? He literally MURDERED someone. The very definition of committing murder.

Good people do not shoot other people.

He should be tried on every charge he has against him. It wasn't like it was a heat of the moment argument, he had to drive to get to his sons house, with gun in tow. He went there looking for a confrontation. J S