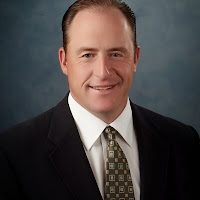 Titled "Collapse and Confusion: The Death of a Juco Football Player," the article paints a portrait of a stern taskmaster coach who was putting his players through a series of sprints, but not allowing them to take water breaks. Officials at Garden City Community College have disputed previous similar accusations, but as the article notes, have authorized an independent investigation into the death of 6-4, 300 pound defensive lineman Braeden Bradforth.

Head coach Jeff Sims initially told the media that Bradforth had likely died from a blood clotting disorder, but months later, an autopsy found the cause of death to be exertional heat stroke. As (Bradforth's mother Joanne) Atkins-Ingram dug deeper, players told her they had had no water breaks during that conditioning test, that Bradforth was struggling and that Sims taunted Bradforth during the workout that pushed him to heat stroke.

Atkins-Ingram has named Sims, other Garden City coaches and the school among the defendants in a wrongful death lawsuit.


A report from emergency personnel obtained by Associated Press through a Freedom of Information Act request indicates that Braeforth did not follow other players to a team meeting and when the meeting broke up, they discovered him on the ground moanting and in obvious distress.

Players called an assistant coach over. The coach called Sims to ask him what to do, according to the report and Sims told him to call the trainer, who had left the campus. By the time, emergency personnel were finally called and arrived, it had been 48 minutes since Braeforth had been found.

This is Sims' first year at Missouri Southern.
Posted by Randy at 7:33 PM

Let's say you're a protective momma and MSSU wants to recruit your 300-pound "baby" to play football. Are you going to trust your son to this man?

Unless he's completely exonerated by Garden City's outside investigation, he won't last a year at MoSo. I'm betting he doesn't coach a single game here. This is a PR nightmare.

Did MSSU NOT KNOW OF THIS WHEN THEY HIRED HIM?

@Steve Holmes: What was the purpose of your post and why were you making fun of the boy AND his mother?
All mothers are protective of their kids, especially in that first year at college. The transition from high school to college is traumatic for the mother as well as the child. Sports are supposed to be games and games are to be fun for the player and the spectators, but they are not supposed to be cruel. A "300" pound boy is as susceptible to injury and dehydration as much as anyone else on this team. Thank goodness this mother is looking into her child's death and will hopefully be able to get charges brought to Garden City college and the coach. Why would anyone have hired this coach after him leaving the JUCO. I am disappointed that MSSU H.R. didn't do a better job at vetting this man.

Not trying to make fun of the mother and her son. I am sorry it came across that way.

Steve Holmes
Your comment didn’t come across of making fun of mother or son. I feel sorry for the person that perceived it that way.,

@8:21 PM, yes it did. You don't have to be a "protective momma" or have a "300 lb baby" to not want your son to die at the hands of a moron for no reason. While I hate our overly offended culture, this was just unnecessary. The same statement could have been made without lessening the suffering of this particular woman and her son. @Hyacinth recognized this as would any level-headed person, and @Steve Holmes apologized. I know I have said things only to go back later and re-read them knowing that what I said was not right. I'm sure you have done the same, but as you seem to be an ignorant person, I am sure you did not realize it.

How did this not come up in the background check>? Those idiots are in a need of a coach that bad?

I've read the investigation done on this loser and it's disturbing. ALL of the players are complicit, as they waited around over an hour before deciding to do anything. That poor kid roasted just to keep yet another scumbag coach's ego from rampaging. Pathetic... another reason why sports are a cancer.