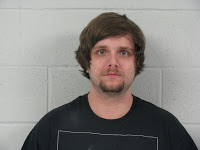 A Carthage man who broke his five-year-old daughter's leg when she failed to clean her room was sentenced to seven years in prison Monday during a plea hearing in Jasper County Circuit Court.

Under a plea agreement, Lance Breeding, 27, pleaded guiltry to one count of felony child abuse.

A Carthage Police Department news release said Breeding's five-year-old daughter had to have surgery on a broken leg and that her abuse also included severe bruising on her back, buttocks and legs.

When she sat on the floor, he kicked her and told her to get up, according to the news release.

NOT NEAR ENOUGH TIME, especially since he’ll probably get out early. I suspect this isn’t the first time he abused a child, it was simply the first time it was severe enough for somebody to do something.

Stop with the plea agreements. Do the crime, do the time. The child will be doing time the rest of their life from the scars this monster inflicted.

And where is the mother for Gods sake?

We have not been effective at teaching people how to cope with their feelings of anger. I have never believed that "spare the rod, spoil the child" has ever shown to be effective. This man let his feelings of anger get the best of him. I am not so certain that he will learn to cope any better in prison unless he gets therapy.