Cynthia Davis: The problems with the Right to Farm Amendment 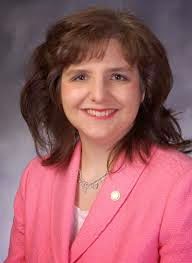 (In her latest newsletter, former Rep. Cynthia Davis, R-O'Fallon, offers some thoughts on Amendment One.)

It's on your ballot August 5. It's called the "Right to Farm Bill". It's dividing people on all ends of the political spectrum.

Like many bills, on the surface it sounds so good. The ballot language says, "Shall the Missouri Constitution be amended to ensure that the right of Missouri citizens to engage in agricultural production and ranching practices shall not be infringed?

Most people think this is a "Three Cheers for the Farmers!" We would love to give them all three cheers, but why change the Missouri Constitution just to affirm what we already do?

We all love farmers. Farming and ranching are already legal in Missouri. I was awarded the "Friend of the Farmer Award" when I served in the legislature, in affirmation of my support for our farmers.

Normally, the conservative position is to side with less regulation. However, there is a real threat that the Chinese could buy up our farmland. In that scenario, having fewer regulations could allow us to end up with massive problems like squallier, filth and stench.

I attended a meeting last week where one of the current representatives explained to us that the large corporate farm operations can handle regulations better than the smaller farmers. The question is whether this amendment will lead to more laws that could put the small farmers out of business.
Posted by Randy at 4:37 PM

The problem lies in the enforcement of those regulations, which is pitiful and really non existent in Missouri!