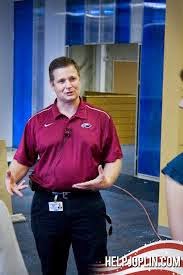 I didn't have a friend in the room but I was surrounded by familiar faces.

To the left of me as I took a front row seat in the audience section of the Joplin R-8 Board of Education meeting room was the executive director of Bright Futures USA. I have never had the pleasure of meeting her before, but I have written about her bankruptcy.

Then sidling into the room in crisp white pants, with a blue Joplin Eagles t-shirt tucked into them, acting like she owned the place, was Tina Smith, the HR director, the same person who had no problem sitting in the same building one year earlier and accusing me of "grooming" students because they supported me.

I thought about saying hi and recording our conversation, but I hate repeating myself. 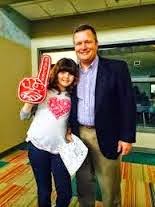 By the time everyone had entered the room for the 7 p.m. meeting, I counted more than a dozen people that I had written about in recent months. I felt like the Ghost of Character Assassinations Past. Those dozen were nearly two-thirds of the audience.

I had written that several of these people were unqualified; one of them had been rewarded with an upper administration post after running off nearly all of the teachers at McKinley Elementary and then there was Mike Johnson, the head of the building project.

With him sitting nearby, when the words "Stapleton Elementary" were mentioned, I couldn't help but think of the pending lawsuit in which a former employee talked about the crude things Johnson supposedly said he wanted to do to a former Stapleton principal. No one would have ever used that desk again.

At the head of the board table was Superintendent C. J. Huff. It was the first time I had seen him in person in over a year and...to put it as politely as possible... the year has not been kind to him. Thankfully, when the plans for the 21st Century Joplin High School were drawn up (and then added to, and added to, and added to), the district did not skimp on physical fitness machines and with a track being added at the high school, perhaps once the building opens and things settle down, if C. J. is still around he can take advantage of the facilities.

Of course, someone will have to talk C. J. into doing something for himself and not just "for the kids."

During the two-and-a-half-hour session, I learned a number of things:

-C. J. Huff is happy that the auditors are here because it will give everyone a chance to see how efficiently the district operates.

-After the auditors left the meeting, C. J. and the board members, in exasperated answers to board member Debbie Fort's questions, revealed how they spent $8 million in "might as well" money (though no one said those words last night) to add tennis courts, lighting, artificial turf, concession stands, and a track (and bathrooms, too) "for the kids." It was worth going into deep debt for two decades so we could have those things.

-What you do not see on Jet 14 are the reactions of C. J. Huff and the board members as others talk. C. J. drummed his fingers obsessively nearly every time Debbie Fort was speaking and appeared to be grinding his teeth. At other times, he and board member Mike Landis would whisper and occasionally laugh while she was speaking, behavior I had seen before, from board members during my hearing and from children in my classroom. At other times, C. J. appeared to be texting.

-I missed being able to switch the channel during the latest photos and videos of construction to see how the St. Louis Cardinals were doing. It was the major drawback of attending the meeting in person.

-Though I was surrounded by people who have created an atmosphere of fear in the Joplin R-8 School District, I was amazed by just how small these people really are. A time is coming, in the near future, when we look back and wonder how people like these ever came into power and we will do everything we can to make sure that it never happens again.

(Note: I actually did have a friend or two in the room, but I have already cost one person a job this year because of C. J. Huff's vindictive nature and I don't want to add anyone to that list.)

Does anyone know if they pay for all the joplinware that they have in their closest?

They got little hands,
Little eyes,
They walk around tellin' great big lies.

They got little noses,
Tiny little teeth,
They wear platform shoes
On their nasty little feet.

(Short people are just the same as you and I.)
A fool such as I.
(All men are brothers until the day they die.)
It's a wonderful world.

They got little baby legs
They stand so low
You got to pick 'em up
Just to say hello.

They got grubby little fingers
And dirty little minds.
They're gonna get you
Every time.

His grin is so phony. Somewhere between the Joker and the Cheshire cat. A jackal, maybe. creepy. The board must like him though since they let him stay.

You left out the part about how Dawn Sticklen's heart is warmed by how fabulous JHS facility is. And all the rest of the mutual admiration stuff they all wanted to shovel.
gag

It's petty to insult Huff's physical appearance. You should display greater journalistic integrity than that.

Talking about his physical appearance?? How is that news worthy of mentioning in a blog post?? That's low, even for you.

You didn't really expect the superintendent and his board to act like professionals, did you? You must have missed the part where they all fell out of the clown car when they pulled in.

They are an embarrassment to the community.

8:12 and 8:39--If comments about Huff's personality are all that has upset you about the information in this blog, then you are part of the problem. It seems like there might be bigger issues to address here.

9:02 I am not part of the problem. Turner pointing out that Huff has gained weight is petty and irrelevant to the poor job performance he should be focusing on. When Turner makes petty attacks it decreases his integrity as a journalist. What if a new reader chose this particular post as the first look at the Turner Report? Might they choose to never return because it comes off as petty and childish rather than informative and professional? That's my point. Turner needs to keep it professional if he wants the public to trust what he writes.

I just want to commend Debbie Fort. I watched the BOE meeting and she was admirable in her questioning. It I was upset about this situation before, now I'm just plain angry. The condescending attitude of the superintendent, and fellow board members was disgusting. Barr's explaining about mortgages - really, I think I would have wanted to pop him in the face. As for their comment that we won't ask the taxpayers for more, am I wrong or didn't they max out for the next few years with the 62 million bond issue. I'm sure the district will try for an increase in the tax levy, but I think they're getting dangerously close to driving people out of Joplin.

I am constantly amazed at the lack of maturity here. How can one say that he/she wants what's best for our community when he/she doesn't even attempt to seek facts - but rather resorts to absolute slander in order to entertain the insatiable hunger of readers for smut and dirt. It is one thing to write about issues, it is quite another to slander and defame people. Only little people do that. The comments section of this blog reveal the sad lack of character and integrity that appears to be rampant in our town. Yes, let's destroy people - that's helpful. Good job everyone.

Is making fun of someone considered good journalism? Not in a regular news piece, but you can't fault the commentators since that's all they are--commentators. It's their opinion.
As for Mr. Turner, this is a blog. I would think it would have some opinion and it does. We all know Mr. Turner's opinions on Huff and R8. Keep in mind that what he writes about is not just opinion. He presents the facts and throws his opinion into the mix. That is certainly not happening with any other news sources in town.