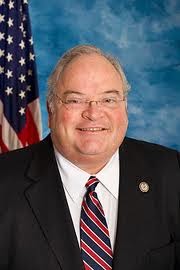 The parent company of Fox News likes what it sees in Seventh District Congressman Billy Long.

Long has raised $25,000 since the beginning of the month with $5,000 of that coming from Silver Dollar City CEO Peter Herschend and JoDee Herschend, with each kicking in $2,500.

Fox was not the only big media corporation to contribute to Long. He also received $1,000 from CBS Corporation.

Others contributing to Long since July 1, include the following: