Joplin Globe columnist: C. J. Huff is a good man who is being demeaned and slandered 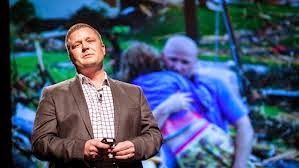 Blogger and frequent Joplin Globe guest columnist Anson Burlingame closed out the comments on his latest post on Joplin education today with a spirited defense of C. J. Huff and the Joplin R-8 Board of Education.

According to Burlingame, if anyone agrees with the things I have written in the Turner Report, it is just politics and he also seems to think that I have some kind of hypnotic sway over the readers of this blog and that they will parrot everything I say.

Those who agree with the way C. J. Huff has run the school district are, of course, reasonable people who understand that ordinary people do not comprehend the complicated world of school administration.

One thing that Anson Burlingame is never going to understand is that there is a big difference between a blog that completely relies on one man's opinion (and I am not referring to the Turner Report) and a blog that offers opinion, but has backed it up time after time with documents, with research, and with information from reliable sources.

Even the rest of the Joplin media, with the notable exception of the Joplin Globe is fully aware of the accuracy of Turner Report posts on the Joplin R-8 School District. I an also hearing that even at the Joplin Globe there are a number of people, including veteran reporters, who would love to investigate the problems in the school district, but know that is not going to happen with Michael Beatty as publisher and Carol Stark as editor. The same reporters are also exasperated at the lack of investigation into the City of Joplin's master developer Wallace-Bajjali.

The local TV media is starting to pick apart the Huff Administration little by little, and is allowing Huff to reveal himself with his own words. For example, KOAM's recent report on the six-and-a-half mile ribbon.


OK, I took the Turner tiger by the tail two years ago when I decided against him, after careful thought and attention to some details in his case. But my views on even Turner’s situation was not an attempt to demean the man personally. It was the emerging support he began receiving for his personal vendetta (in my view) against CJ Huff and well meaning citizens on the BOE that was my target, a political target if you will.

Simply said, I would ignore Randy Turner completely. But he has assembled a small “political mass” to his “standards” and I disagree rather strongly with that agenda and the views on how he would improve education by firing a bunch of people. So I write in opposition to that political group of people, and catch hell when I do so which is fine for them to cuss me out, etc. if that is their inclination. (Recall the “Burlingame is an asshole” blog, which was subsequently taken down as only a mild example). (Note: I don't know what Burlingame is referring to, but that is not a word that I use.)

Debate over how to improve public education is a cacophny to say the least, all sorts of views being expressed and nothing getting done of substance, and my list goes on. Somehow firm and correct leadership is sadly need in our public schools and I see a few good people struggling hard to perform that task. But again and again they are demeaned, almost slandered and the arguments just get louder and louder with little progress being made in areas that count, like graduating good students, ready to become good citizens in a modern society, each and every graduate if you will.

I wonder how Anson Burlingame will react when the state auditor's report is issued. It is either going to be to his liking, or it will "demean and slander" C. J. Huff.
Posted by Randy at 9:35 AM

Years ago, the Globe printed (on the front page!) a huge headline and story about a Joplin School superintendent asking the reporter to withhold some information until after a bond issue election!
Ahhh the good old days.....
Good thing we have the Turner Report today. Otherwise the only available news would be how everything at R8 is sunshine and lollipops.

It's very unfortunate that Mr. Burlingame put all his chips on what he perceived to be the rising stars in the community e.g., Mark Rohr, CJ Huff, and Wallace-Bajjali. As was the case with Mark Rohr, Huff and WB will ultimately be exposed for who and what they are.

Many of the people who comment here are either employees or former employees of R-8 and, therefore, have first hand knowledge of what goes on there. One person telling of their experience can be dismissed as a disgruntled employee. When scores of people come together on a forum such as Mr. Turner has provided, we are labeled as being demeaning and slanderous.

No, Mr. Burlingame, we are not Randy Turner robots and there is no political agenda. We are citizens concerned about the way our city and our schools are being run and some of the spineless local media outlets who refuse to expose the truth.