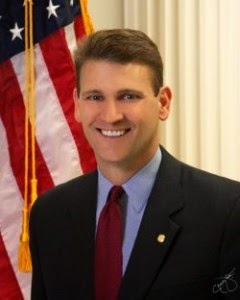 As part of a settlement reached with the Securities and Exchange Commission, the firm has until December 31 to repay $450,000 to investors who were bilked by what a recent lawsuit refers to as a "Ponzi scheme."

That didn't happen. Documents filed in U. S. District Court for the Northern District of Texas indicate that not one penny has been paid and in a status report filed Wednesday by the court-appointed receiver who is handling the case, Thomas Taylor, it does not sound like he is expecting Wallace-Bajjali to meet the latest deadline either.

Wallace-Bajjali's Joplin work is not mentioned in the project, but an earlier update from David Wallace said there would be no money coming from Joplin to pay the obligation because  the initial proceeds have to put back into Joplin.

Taylor's report indicates Wallace-Bajjali is not having any better luck with its other high profile project in Amarillo, Texas.

The plaintiffs’ Original Petition was filed on June 25, 2014. The plaintiffs to the Ellisor Suit have alleged causes of action against various Wallace Bajjali related parties which include, without limitation, negligence, negligent misrepresentation, breach of fiduciary duty, knowing participation in breach of fiduciary duty, common law fraud, violations of the Texas Securities Act and civil conspiracy.

Wallace, Bajjalli, Rohr, Huff. Who else is in this tangled up mess in Joplin? Woolston.

Who decided these were the people we wanted to rebuild our town? I say, pay them what it takes to get rid of them.