Despite what he said, Reiboldt has taken money from corporate farm interests 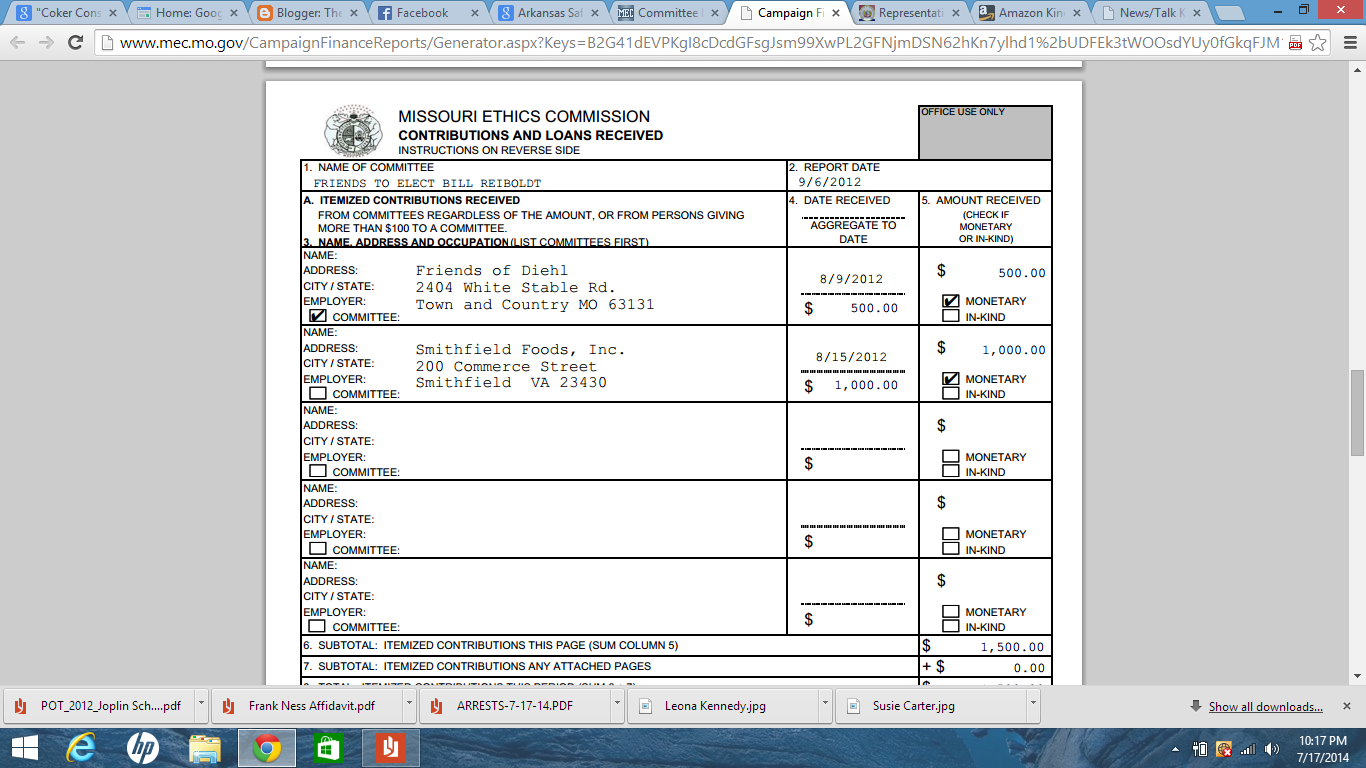 Despite his claims during a debate on Amendment One, the Right to Farm Amendment, the bill's original sponsor, Rep. Bill Reiboldt, R-Neosho,  has accepted campaign contributions from two of the giant farming corporations that are backing the amendment.

According to Thursday's Joplin Globe, Reiboldt answered a question at Wednesday night's debate at the Construction and General Laborers Hall in Joplin by saying, "I haven't taken any money from those companies or their lobbyists."

Reiboldt accepted $500 contributions from Monsanto January 22 of this year and November 13, 2012. On August 18, 2012, he accepted one of the biggest contributions he has received, $1,000, from Smithfield Foods. Smithfield Foods also gave him $500 on October 22, 2010, according to the Ethics Commission documents.

While Reiboldt correctly stated he had not personally received any gifts from lobbyists (he always reimburses lobbyists after meals), agricultural companies generally buy the meals for the House Agricultural Policy Committee, of which Reiboldt is the chairman.

Missouri Ethics Commission documents show the committee has received just short of $5,000 in lobbyists' gifts during the past two sessions, including $3,005.93 in 2013, the year in which Reiboldt's bill passed.

Those paying for the lunches and breakfasts for the legislators included Daniel Kleinsorge, the lobbyist for Missouri Farmers Care, the group which has led the fight for the passage of Amendment 1.

My goodness, this is really a surprise. A politician lying to people...

I was there Wednesday night. Every time he said he didn't take any money from special interest groups his body language betrayed him .

Thank you Randy Turner for the facts.

Thank you for reporting the facts.