Accused killer of two-year-old: I was too scared to call the hospital 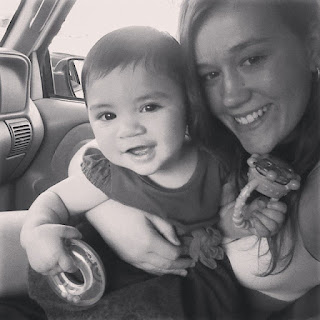 They had to keep her talking.

No case affects a police officer like the death of a child and it did not take long for Carthage Police officers to realize that Emalata Hoeft did not die from natural causes.

For the next several hours after the discovery of the two-year-old's body on August 15, 2015,, the police had to skate the thin line between skilled interrogation of the suspects- the child's father Albert Steven O'Connor and O'Connor's girlfriend Tearra Olson- and violating their constitutional rights.

Officers separated the two and quickly determined that Olson had been with the child and O'Connor had not been at home. Emalata had thrown a tantrum and Olson was having a hard time dealing with it.

Olson told the officers that Emalata hit her head against a hard surface. It was that blow that killed her.

"So was she acting like she was sleeping?" Officer Steve Norman asked, following up with the question that should never have had to be asked.

"Did you guys think about taking her to the hospital?"

'Did she aggravate you?" Norman asked.

The picture that interview, which was captured on Officer Norman's body camera, provides- is one of a neglected two-year-old who never had a chance.

O'Connor pleaded guilty to endangering the welfare of a child and is serving seven years in prison.

Olson's trial on second degree murder and child abuse charges is scheduled for September 5 in Jasper County Circuit Court. The key evidence comes from the questioning of Olson that day- an interview that her attorney, public defender Norman Maples, hopes will be tossed during a hearing set for May 5.

Olson was changing her story as she spoke to the officers, acknowledging that she and O'Connor had left the two-year-old alone with just a sippy cup for as much as five hours at a time while they were working because they could not afford day care.

But it wasn't just when they were working. It had only been a few hours since they decided they were in the mood to eat some Sonic food, left Emalata at home while they drove to Sonic, ordered their food, returned- and never checked in to see if the child was all right.

In his motion, Maples says that at some point the police should have given Olson her Miranda warning.

Olson was clearly already a suspect, Maples said, noting that on the body camera footage, Norman says to another officer, "She just told me that they just leave her here by herself. They left her here by herself from 9:30 'til about 2:30. At some point, when we get her back to the station, we need to do Miranda, just when it feels right, don't shut her down."

The interviews at the O'Connor home lasted two hours and 51 minutes. She was given her Miranda rights after she was taken to the police station.

At one point, Norman asked Olson to go with him into the child's room. "Show me what happened."

She started to enter the room, then turned away. "I can't!. I can't!" she said and began crying. The officers did not force her to go into the room.

An officer asked, "Did you call the hospital?"