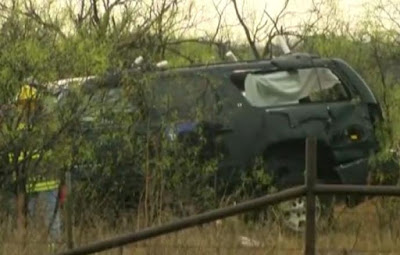 Williamson, Jaeger, and a passenger in Williamson's vehicle, Randall Delane Yarnall, 55, Cassville, were all killed.

All three were storm chasers, according to the report. The report indicates that the weather conditions played no part in the accident.

Williamson's final footage of storm activity in Texas today is in the top accompanying video.The bottom video includes footage of people driving in an ice storm in Joplin on December 27, 2014.