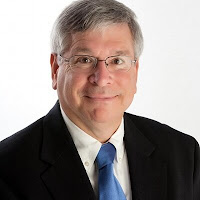 For the first time in eight years, the Legislature is enjoying working with a Republican governor and is energized by the prospect of reversing our state’s trend of losing businesses, jobs and population to our neighboring states. Many of our neighbors have been taking steps to make their states more attractive to businesses and residents. It is invigorating to now be in a position to create that kind of opportunity here in Missouri.

To that end, this session the Senate has been very intentional in its focus on advancing legislation that will promote and foster economic growth, creating jobs across all business sectors and communities throughout the state. Achieving this requires reforming our labor industry, legal climate and government regulatory system.

Labor Reform A first order of business this session was passing Senate Bill 19, more commonly known as Right-to-Work. Under SB 19, employers are barred from requiring employees to become, remain, or refrain from becoming a member of a labor organization; or pay dues or other charges required of labor organization members, as a condition of employment.

For years, Missouri has been hemorrhaging businesses and jobs to Right-to-Work states, which have higher levels of economic growth, attract more businesses and have increased job and wage growth. Passage of SB 19 will help reverse that trend. This legislation holds unions accountable, encouraging them to work hard to represent the interests of their members. It has been signed by the governor and will become law on Aug. 28. Also on the labor reform front, the Senate passed Senate Bill 182, modifying provisions of law relating to Project Labor Agreements (PLAs), which have historically driven up the cost of construction by excluding nonunion contractors and their skilled employees from building projects paid for by their own communities’ tax dollars. Project Labor Agreements hurt workers because they end up paying more dues and fees rather than putting that money into

their own pockets. It was time to end this discriminatory, wasteful and inefficient practice of union-only PLAs.

Another area of concern has been Missouri’s outdated civil and judicial system, which has forced businesses and job creators out of the state. Tort reform is critical to economic development, as evidenced by St. Louis being ranked the number one judicial hellhole in the country. These reforms will create a better business climate, so businesses can hire employees rather than waste money on frivolous lawsuits.

Tort reform bills passed so far this session include: Senate Bill 31, which modifies provisions relating to the collateral source rule and provides that parties may introduce evidence of the actual cost, rather than the value, of medical care rendered, restoring fairness to personal injury litigation and helping reduce the cost of insurance for doctors and businesses. Senate Bill 237, the “Hospital Fix,” limits malpractice liability to the responsible party, bringing stability and clarity to malpractice insurance and helping to keep health care costs down for every Missourian. Senate Bill 45 modifies laws regarding arbitration agreements between employers and at-will employees, which is a quick and cost-effective way to resolve employment issues, while maintaining fairness for both employees and employers. Senate Bill 43 modifies the law relating to unlawful discrimination, raising the standard for determining whether an employer is liable for a discrimination charge under the Missouri Human Rights Act (MHRA), as well as the Whistleblower Protection Act. This reform helps ensure balance between employees and employers by allowing plaintiffs the right to a jury trial but also protecting business owners from frivolous lawsuits. Senate Bill 113, the “Workers’ Compensation Fix,” modifies the law relating to discharge of employees under workers’ compensation statutes, carefully balancing the need for protections for injured workers and the need to keep the state’s business community and job creation efforts intact. Senate Bill 66 creates a clear point in time when temporary disability benefit payments end and permanent disability benefit payments begin.

Driven by a need to create smaller, better and more efficient government that is appealing to businesses looking to move to the Show-Me State, the Legislature is working hard to cut back harmful red tape and end harmful government overreach.

To that end, Senate Bill 16 has been passed in response to a recent Missouri Supreme Court ruling opening the door to more taxes on consumers. Senate Bill 16 exempts delivery charges from sales and use taxes, clearing up any confusion on the collecting of sales taxes on deliveries and ensuring the Department of Revenue does not overreach its authority by creating unfair and unnecessary taxes on consumers and businesses.
Posted by Randy at 3:36 PM