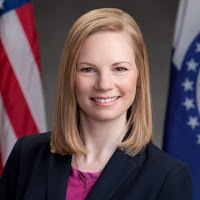 Missouri State Auditor Nicole Galloway announced she is beginning a review of the state's oversight procedures for prescription drug benefits through Medicaid and the Children's Health Insurance Program.

"As we continue to navigate the state's current budget crisis, we must remain vigilant to ensure tax dollars are managed wisely, and that means having safeguards in place to prevent abuse of the programs Missourians depend on," Auditor Galloway said. "My team will review the oversight procedures that exist to prevent and detect improper activities that waste taxpayer dollars and foster distrust of government."

An estimated $10 billion is expected to be spent on Medicaid in Missouri in 2017. Of that, prescription drugs account for nearly half a billion dollars per year in state and federal dollars after rebates are received from drug manufacturers.

This audit is in addition to the annual review of state compliance with federal guidelines regarding expenditures in the Medicaid and Children's Health Insurance Programs, and will include a more extensive examination of prescription drug spending and oversight.

Individuals with information may contact the State Auditor's Whistleblower Hotline by calling 800-347-8597, by emailing moaudit@auditor.mo.gov, or by using the new online submission form at auditor.mo.gov/hotline. Callers may choose to remain anonymous.
Posted by Randy at 7:47 AM