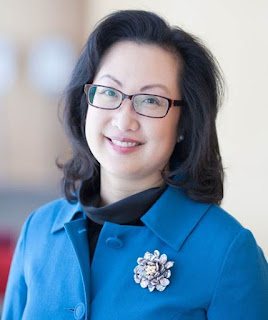 Governor Greitens released the following statement, “Anna Hui has proven herself to be a fearless change agent at the state and federal level. We are honored to have her join us to shake up Jefferson City and bring some much needed reforms to the Missouri Department of Labor.”

Greitens has no loyalty to Missouri residents as evidenced by his out of state selections for Directors for Missouri agencies. Greitens doesn't take questions from reporters and has chosen to be the Facebook Governor that hides behind a wall that puts out messages that he controls and doesn't have the obligation to respond to reporters critical questions. Seems like the onetime Navy Seal is taking the coward's approach to governing. Damn "fake" news reporters won't play his propaganda game.

No Missouri residents capable of heading the Department?

Your liberal thinking might lead you to believe there were no qualified candidates that were residents of Missouri, but that would be ignorant. Governor Greitens is not loyal to the citizens, he is a traitorous coward.

Your ignorance is blinding! Eidence proves you wrong at every turn. These CONSERVATIVE organizations endorsed Koster not Greitens:
1. National Rifle Association
2. Missouri Farm Bureau
3. Fraternal Order of Police
These are about as conservative as it gets, and all thought Koster more conservative than Greitens the greaseball. Greitens once was a Democrat, so your theory that only conservatives are informed, experienced, and prudent doesn't hold water. It does however match your posts...ill informed, inexperienced, and nonsensical.