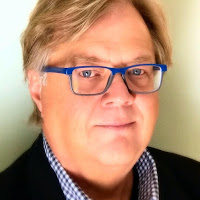 The decision by Gatehouse Media to make the Carthage Press, a six-days-a-week newspaper just a few years ago to a once-a-week publication will have a negative effect on its readers, but it will also have a more immediate cost for long-time Press reporter Rebecca Haines, whose job has been eliminated as a result of cost-cutting measures.

Both things were addressed in a Facebook post that quickly went viral Wednesday by former Carthage resident Paul D. Wilson.

GateHouse Media, the owners of the Carthage Press, made more cutbacks today as it slowly swirls in tight, concentric circles, down the toilet bowl of local newspaper death.

Today saw cutbacks in people and the number of weekly editions in Miami, Pittsburg and Neosho.
But nowhere will those cut backs be felt as badly as in Carthage.

Today, they cut Carthage's Sweetheart; author, reporter and the girl who gave her heart and soul to the production of the Press... Rebecca Haines. She's also the person who convinced me to actually step out there and write, where she's published me more times than I can count. (Sorry, I didn't mean to make this about me, but when it's about me it holds my interest better and I find it more entertaining...)

I saw Rebecca four weeks ago when I was in town and stopped by the Press office. It was then that (Editor) John (Hacker) told me about the earlier office cutbacks, where they were told to share their admin with Neosho and split her expenses.

I've been in business management my whole life. It was clear from our discussion, the moves they made were just another step towards the end. Postponing the inevitable.

An admin salary isn't the budget modification that was going to make them profitable. It's just one more step towards the end.

People of Carthage, small town print media isn't dead. It's the only growth area in the newspaper business. What kills papers like The Press is massive corporate structure, huge overheads assigned to their operation and years of incredible mismanagement by the cluster that is GateHouse.

Carthage, it's time to take a stand. The newspaper is the heartbeat of a community. It can't be allowed to die.

It's time for people like Mark Elliff and the Chamber, city leaders, benefactors, people who love that town like I do, to step in and do something.

I don't want to step on any toes, but since it's what I do best....I've been in Carthage for the weekend twice in the last 4 weeks, securely ensconced in the Presidential Suite at Boots.

While there, I noticed brand new BIKE LANES painted all over town. You know what else I noticed? NO EFFING BIKES!

I have no idea where the grants or money came from to make that happen, but it would have kickstarted your own paper!

Your paper can't die; GateHouse will let that happen.

Because they DON'T CARE.

You know who does?

Carthage, take this on! Save your paper and save these two people who love your town AND your paper. It's far more important than bike lanes! You're not Portland, for God's sake, where people live on their bikes!

I'd talk to the Mayor myself, but he's a sad little man and still a little testy towards me about that whole fire chief debacle.

The money is IN that town to make this a reality!

Take this on yourself!

GateHouse mismanagement, corporate costs and overhead have your paper in ICU on life support. GateHouse is flipping a coin to decide when to pull the plug.

Local businesses, get behind a NEW paper. Buy ads, subscribe, get some love behind your town having a reliable news source, written by two people who love Carthage and bleed black ink!
This can be done. The people are there that can make it happen!

Get Becca back, keep John there and pay GateHouse back by showing them what happens when an ENTIRE TOWN gets behind its paper and builds it into what it can be!

I'd say pick a date and protest this action by GateHouse IN FRONT OF THE PRESS BUILDING!
Make a show of force. I'll come down and participate! Wake up, Carthage, don't lose this jewel. You need a news source.

Don't let this out of touch, out of town group of strangers and corporate buffoons ruin what you have!
Who's with me?
Posted by Randy at 7:12 AM

Randy, when i started reading this article i rolled my eyes and thought " HERE COMES THE LIBERAL" thinking you were gonna exppect the publishing company to continue to take a loss. It was nice to see the shift in the story to put it on the residents and the City itself to decide if they really wanted it bad enough. Print news is on life support everywhere so it is up to the community to decide if it is worth it to them to continue to support. Im sure your friend and former associate is creative enough to find another avenue of journalism and pray for her future success. Maybe as a Blogger???

Protest in front of the Carthage Press. That will definitely convince the advertisers to spend more money on a product that obviously the public doesn't want. Great idea.

Thank you, Turner Report, for helping spread the word. These are good people, a good paper. The city of Carthage deserves more than what GateHouse is giving them.
I appreciate your efforts.
Paul

Nobody cares what happens to a failed local newspaper. Can't finish them off fast enough as far as I'm concerned. I'm glad that they are about all gone. Don't need them anyways. I advertise for free on Craigslist and go on the Internet for my news.

Gatehouse sucked the life out of something that never was what it was cracked up to be. Since I'm going to be lied to anyways, might as well be lied to for free.

With all do respect, The Carthage Press isn't a product the city doesn't want. These are decisions being made by an out of town publishing company based on bottom line profits. But that ruler is a myth.
If the Press was allowed to survive on its costs and overhead alone, it would at least break even or make money.
But GateHouse owns the building the Press is located in. It's 5-6 times more space than they need, but crossed charged to them at market rates plus.
It's needless overhead items like that keeping them from surviving.
It's not a case of the paper being poorly produced and no one wanting to buy it.

Or maybe start supporting the local advertisers instead of Wal Mart?

The real cost of a newspaper is in the printing operation. It is my understanding that a number of regional papers are printed in Miami, Oklahoma and transported to the points of distribution. Fifteen years ago, Gatehouse will print papers under contract if you were not part of their organization. This is a little more complex than it sounds because it requires compatible software. If you really want to publish a paper in Carthage, then buy Gateway out with an agreement with them to publish said paper under contract.

Publish the paper in Spanish and your subscription rate will increase dramatically.

It must be easy to talk about sensitive subjects as an "anonymous" person. As a matter of fact, people do care what happens. Just because you are bitter doesn't mean you have to be ugly about it. This paper may not employ many, but the ones who are employed by them are counting on that money to help support their families. I understand that businesses have to make cuts where it is needed. Unfortunately, this world revolves around money. People do care what happens.

Ask Hacker to tell you the subscriber numbers each year for the past 10 years. I'm guessing they aren't going up.

I'm with you! It troubles me when people hide behind no name comments to throw rocks. But writing for a blog, as I do, with 10,000 readers, it's the majority. Especially for the turbo trolls and haters. You can't imagine the comments I've gotten...