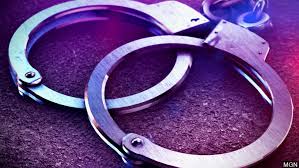 The former CEO of a charity headquartered in Springfield, Missouri has pleaded guilty to her role in a multi-million-dollar political corruption scheme that involved bribes and campaign contributions for elected public officials in Missouri and Arkansas, announced U.S. Attorney Tim Garrison of the Western District of Missouri and Assistant Attorney General Brian A. Benczkowski of the Justice Department’s Criminal Division.

Marilyn Luann Nolan, 68, of Springfield, pleaded guilty before U.S. Magistrate Judge David P. Rush on Friday, Nov. 9, to one count of conspiracy to embezzle and misapply the funds of a charitable organization that received federal funds.

By pleading guilty, Nolan admitted that she conspired with others from 2008 to June 30, 2017, to misapply millions of dollars of the charity’s funds for substantial, undisclosed payments to lobbying firms and political advocates, monetary and in-kind contributions to the campaigns of candidates for public office, and to bribe public officials. Nolan also admitted that she knew her co-conspirators defrauded the charity in order to enrich themselves, and her.

Preferred Family Healthcare and its subsidiaries provided a variety of services to individuals in Missouri, Arkansas, Kansas, Oklahoma and Illinois, including mental and behavioral health treatment and counseling, substance abuse treatment and counseling, employment assistance, aid to individuals with developmental disabilities and medical services.

According to the plea agreement, Nolan and her conspirators caused the charity to misapply its funds to pay for political advocacy, including lobbying, that violated both IRS rules governing tax-exempt organizations, and federal laws and regulations governing recipients of federal grants and contracts. Nolan admitted that she directed and assisted her co-conspirators to direct millions of dollars to lobbyists, including Donald Andrew Jones and Milton Russell Cranford, who previously entered pleas of guilty to federal crimes in related cases. Nolan also directly lobbied legislators.

Under her plea agreement, Nolan also admitted that she and her conspirators:

• Caused the charity to contribute financially to the campaigns of candidates for public office through “straw donors,” including the charity’s lobbyists, who were also reimbursed by way of invoices that were falsely described as “training” and “consulting” expenses;

• Encouraged charity employees to contribute to candidates for public office and caused the charity to reimburse them for those contributions by providing funds falsely described as reimbursement for travel or other expenses the employees had not actually incurred; and

• Caused the charity to provide in-kind contributions to the campaigns of candidates for public office, including in Missouri where they organized fundraisers for several candidates running for seats in the Missouri State Senate, Missouri House of Representatives, and the Greene County Commission and in Arkansas, Nolan and her conspirators organized fundraisers (often at hotels or restaurants) for many candidates running for seats in the Arkansas State Senate and Arkansas House of Representatives.

Nolan also admitted as part of her plea to directing an employee to use the charity’s resources to arrange for catering, liquor, decorations, and other food connected to political fundraisers. This employee used a charity-issued corporate credit card for the purchases, with Nolan’s knowledge.

At all times relevant to Nolan’s plea, the charity was absolutely prohibited from directly or indirectly participating in, or intervening in, any political campaign on behalf of, or in opposition to, any candidate for elective public office. Contributions to political campaign funds violated this prohibition, and could have resulted in denial or revocation of tax-exempt status and the imposition of certain excise taxes.

According to the plea agreement, Nolan and her conspirators misapplied some of the charity’s funds to bribe elected public officials in the following manners:

• They gave things of value to numerous public officials, in exchange for their official actions benefitting the charity and themselves personally, including cash, travel and entertainment, premium tickets to sporting events, hotel accommodations, and use of the charity’s luxury/recreational real estate;

• Nolan and the conspirators disguised bribes as contract payments for things such as consulting, training, and legal services.

The government believes the schemes Nolan pleaded guilty to totaled approximately $6 million. The parties reserved the right in the plea agreement to litigate the exact amount of that loss, for the purpose of computing the federal sentencing guidelines.

As part of her plea agreement, Nolan also admitted that over an approximately 12-year period from 2005 to 2017, certain charity executives embezzled millions of dollars from the charity, from which Nolan profited. Nolan admitted that although she did not know the full details of the many embezzlement and misapplication of funds schemes, she knew at the time that the charity bore additional costs from many of those transactions, and willfully blinded herself regarding the details of her conspirators’ schemes and artifices to defraud the charity.

One example referenced in Nolan’s plea agreement consisted of the formation of an LLC that was used as the management company for Alternative Opportunities, identified in court documents as Entity A. In 2006, Entity A was sold to a publicly-traded corporation identified in court documents as Company A, which was also partly owned by Nolan. Nolan admitted that this sale was perpetrated for the primary purpose of enriching charity executives, including herself. Nolan’s share of the proceeds from the sale of Entity A to Company A was $3,769,536.

Nolan further admitted as part of her plea that she also received $361,574 from two LLCs identified as Entity B and Entity C where, immediately prior to the 2006 sale of Entity A to Company A, Entity B acquired title to all real estate formerly held by Entity A and Entity C held the title to the corporation’s headquarters building in Springfield, and duplex homes located in Springfield.

Under the terms of Friday’s plea agreement, Nolan must pay $4,131,111 in restitution to the government, less a credit for taxes she paid on the funds received.


Under federal statutes, Nolan is subject to a sentence of up to five years in federal prison without parole. The maximum statutory sentence is prescribed by Congress and is provided here for informational purposes, as the sentencing of the defendant will be determined by the court based on the advisory sentencing guidelines and other statutory factors. A sentencing hearing will be scheduled after the completion of a presentence investigation by the United States Probation Office.

Wow. Since this was going on in Springfield, MO, imagine what's going on in the rest of the country. Oh wait ... Mueller and his team are busy exposing some of it. In this case out of Springfield, I presume there will be further investigation and prosecution of the unidentified elected officials who accepted the bribes. I'll be looking for news regarding that in the future. Most people--at least the ones I meet every day--work hard and play it straight, others not so much. Arrogant and greedy, they belong in jail. Seems only fair to the rest of us.

The names of the politicians who were arrested for r3eceiving these alleged bribes?

As far as I can tell, they have not revealed the names of the Misosuri politicians, but at least three Arkansas politicians have already pleaded guilty.

This has a tie to the Joplin tornado. https://www.news-leader.com/story/news/crime/2017/12/18/man-conspired-use-1-million-springfield-charity-illegal-political-activity/961598001/

From the article: "In June and October 2011, Jones [a Philadelphia political consultant at the center of the scandal] sent emails to inform co-conspirators that he had been trying to direct FEMA funds to Alternative Opportunities for the work it did in Joplin after the tornado."

The plea agreement with Jones: http://arkbiz.s3.amazonaws.com/public/PDF/AB_Donald-Andrew-Jones_Plea-Agreement_12182017.pdf. It sounds as if he sought reimbursement for expenses he said AO incurred after the tornado, due to its "behavioral health services serving as a lead team for search and recovery efforts during the recent devastation in Joplin." Has anyone ever heard of AO, or its successor, Preferred Family Healthcare, being here at all?

Happens across the country across party lines...power and greed

No mercy on this type of theft. It is no wonder people have little faith in politics and health care that is being offered in this country. Our "faith based goodies" are becoming cover-ups for corruption and deceit and prove to our children that there is no sense in voting. The Koch Bros. have intensified their onslaught on our political system to use computers and deceitful tactics to misrepresent candidates for their political and monetary gain. We have seen this all too often in Missouri politics let alone our national politics. I just hope it is taken to the nth degree to find and put these people away with the worse of our society.

The staff and management at the local Joplin office is excellent, world hard, does a great job, presumably is very honest, and I would assume had nothing to do with the Springfield lafy’s conduct.

They even belong to and take part in the Joplin Chamber of Commerce.

I doubt justice will truly be served. I worked for this company and can tell you the upper leadership is corrupt and without ethics. I left trying to keep my reputation in tact as a professional. Mike is a slick willy salesman who lines his pockets from the backs of children battling illness. John Thomas is the best actor I have ever had the displeasure of meeting. I think he believes his own lies at this point as he has played the part so many years. Sad that a company is not investigated better from state.