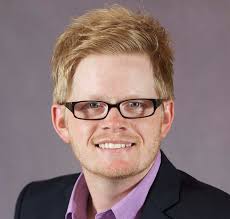 (From the Missouri Senate Majority Caucus)

“I am excited to work together with my current and newly elected colleagues, and I am looking forward to a productive 2019 legislative session,” said Sen. Schatz. “Voters sent a strong message on Election Day; they expect the Missouri Senate to continue its commonsense, conservative approach to governing our great state. In addition, my colleagues and I will continue working to make Missouri a more attractive place in the eyes of business owners and job creators.”

The president pro tem is responsible for appointing committee members, assigning legislation to committees and ruling on points of order raised during debate in the Senate Chamber, among other legislative duties.

*Senator Caleb Rowden, R-Columbia, elected as majority floor leader. The majority floor leader is responsible for setting the schedule of bills up for consideration by the full body, the time allotted for floor debate on legislation and session meeting times and dates.

“I expect to have a good working relationship with every member of the Missouri Senate this session, and I look forward to working with the members of my caucus to accomplish each and every one of their goals,” said Majority Floor Leader Caleb Rowden, R-Columbia. “With good communication, we can work toward our goal of making Missouri a better place to live, work and raise a family.”

Schatz said the entire caucus will meet later this month to discuss priorities for the upcoming session. The 100th General Assembly will convene on Wednesday, Jan. 9, 2019.
Posted by Randy at 9:54 AM

I assume he's very smart, I mean, with a head that size.

What in the hell is that a picture of? I can't stop looking.

Randy have you been messing with that Identi-Kit again?

LOL!! Is that the only picture you could find?

Look him up in Google Images. I did my best.