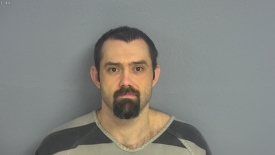 A Joplin, Mo., man has been convicted by a federal trial jury of leading a conspiracy to distribute methamphetamine in Jasper County, Mo.

Following the presentation of evidence, the jury in the U.S. District Court in Springfield, Mo., deliberated for about an hour before returning the guilty verdict to U.S. District Judge M. Douglas Harpool on Wednesday, Nov. 7, 2018, ending a trial that began Monday, Nov. 5, 2018.

Under federal statutes, Loomis is subject to a mandatory sentence of life in federal prison without parole due to his prior felony convictions. A sentencing hearing will be scheduled after the completion of a presentence investigation by the United States Probation Office.

Very sad. I don't believe people should be sentenced for life for drugs. They need to be admitted to intensive drug rehab .
Life sentences should be reserved for murders, child molesters and repeat offenders of violent crimes.
Not for drug addicts.

It said it was due to prior felony convictions in addition to the current conviction. I agree we should try to rehab drug offenders. I don’t know anything about this person. I do know there are some who, for whatever reason, can’t or won’t change and society needs to be protected from them. I suspect those types were the intent of this law. It’s a truly sad situation and makes me wonder what happened to this person, and others like him, that results in behavior with such severe consequences.

He wasn't convicted for being an addict, he was convicted for selling drugs. Not just selling drugs but being the leader of a drug ring that supplied multiple pounds of meth to Joplin weekly! He has prior felonies which is part of it as well. He was selling drugs, poisoning our town even further, for a buck. Good riddance.

Selling pounds of meth should qualify for attempted murder charges at least, 5:53, so by your reckoning he does indeed deserve life in prison.

Bleeding heart b.s. makes me sick. People on here acting like this guy is the victim. Spend sometime with someone addicted to the poison this piece of crap made money selling and then come back on here and talk about the poor drug dealer.

Joplin Honkeys, what a goofy crack up

This POS is guilty of a whole lot more than just this. He has burned down families home. Beat women nearly to death... And rather its because of street rules of dont snitch or because people are too scared to press charges.. This is his karma and our blessing in disguise. Google his name and u will see just a small fraction of he is all about.

Get rid of this POS and the meth

I am best friends with one of the people who was summons to testify against him. She has since then been living in fear and scared to death to be at her own home alone with her child.she knows there is a big possibility that he can send someone after her. He has been known to do it before. So no the sentence wasnt to light.

It should be noted he isn't subject to a mandatory life sentence just because he sold drugs. It's because of his previous felony convictions in addition to this one.

I know this person he is an addict so take you Anglo saxon self worth and piss off if it was you family member or son you would have a different tune he was an addict all the hype is b.s. they paint him out to be some king pin and evil doer he is not he would give his last to make sure someone had something you need to pray take that plank outta your eye before you remove splinters out of others