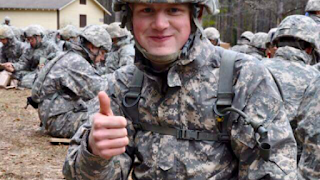 “I’m pleased the Senate moved today to honor Missouri’s own hero, Sterling Wyatt,” Hartzler said. “I look forward to seeing this bill make its way to the President’s desk so that we can officially name our post office in Specialist Wyatt’s honor. Over the past year, I’ve gotten to know Sterling’s parents and I am deeply moved by their son’s sacrifice to protect our freedoms. Sterling was an amazing young man—worthy of honor and a source of inspiration to us all. Having his name is etched into the side of our post office will inspire future generations and allow us to commemorate his patriotism forever.”

Born and raised in Columbia, Spc. Wyatt was an active participant in his youth group and church. He was also quite accomplished: he earned the rank of Eagle Scout, a first-degree black belt in taekwondo, and certification as a Certified Nurse Attendant all before graduating from Rock Bridge High School in 2009.

Soon after graduating, he joined the U.S. Army and was assigned to the 5th Battalion, 20th Infantry Regiment, 3rd Stryker Brigade Combat Team, 2nd Infantry Division at Joint Base Lewis-McCord, Washington. He was later deployed abroad to serve his country. Tragically, at only 21-years old, Spc. Wyatt was killed on July 11, 2012 while on patrol in Kandahar, Afghanistan. His vehicle was attacked with an enemy improvised explosive device (IED).

After receiving letters from Columbia constituents requesting the Columbia post office be named in Sterling’s honor, and after she met with Sterling’s parents Randy and Sherry, Rep. Hartzler introduced this historic bill. It passed the House in July. With passage in the Senate, the bill now goes to the President’s desk, where it is expected to be signed into law.
Posted by Randy at 10:30 AM