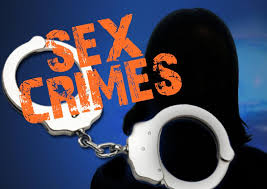 A Joplin man was charged in federal court today with receiving and distributing child pornography over the internet after law enforcement officers searched his apartment and also found a firearm and items associated with Nazis, violence and racial hatred.

Daniel Rehman, 24, was charged in a criminal complaint filed in the U.S. District Court in Springfield, Mo., with receiving and distributing child pornography from May 5 to Nov. 7, 2018.

According to an affidavit filed in support of the federal criminal complaint, law enforcement received a CyberTip from the National Center for Missing and Exploited Children that Rehman had uploaded multiple files of child pornography to his Tumblr account.


On Nov. 7, 2018, law enforcement officers executed a search warrant at Rehman’s residence and seized his cell phone and a flash drive; officers also seized Rehman’s laptop computer from another residence. According to the affidavit, Rehman told officers he had been viewing child pornography for several years and had downloaded images of child pornography of children as young as infants.

Law enforcement officers also located a poster on the wall of Rehman’s apartment, the affidavit says, which depicted an adult male choking a female child. Officers located a green flag hung on one of the apartment walls, which Rehman said was a flag for Pakistani Nazis. In the kitchen, above the cabinets, officers located a German Nazi officer’s hat. A Ruger handgun was located inside a metal ammunition can with more than 300 rounds of ammunition. According to the affidavit, these items were not seized by officers as they were not evidence of child pornography that the search warrant authorized the seizure of.

Investigators found images of child pornography on Rehman’s cell phone and on the flash drive, the affidavit says, as well as a significant amount of child pornography anime. Investigators also found multiple images depicting violence and racial hatred. For example, Rehman allegedly created an image in which he is wearing a Nazi officer’s hat in front of a large pile of dead bodies. In another image, a cartoon character duck is depicted with a caption bubble stating, “When you trick the autistic kid into raping the girl with Down syndrome you record it, sell the video to a local pedophile and use the profit to buy guns to shoot up the school.”

The charge contained in this complaint is simply an accusation, and not evidence of guilt. Evidence supporting the charge must be presented to a federal trial jury, whose duty is to determine guilt or innocence.
Posted by Randy at 4:10 PM

Is it illegal to have Nazi items? Or even have Nazi beliefs?

Not in anyway defending this guy because it seems like he has huge issues that need addressed. Just wondering if the child exploitation aspect wasnt there, would the Nazi stuff be an issue?

Having Nazi items aren't illegal but if you support The Hitler Movement you just might have a problem. A mental problem is my guess.

It's known that one sickness lead to another....haven't u heard about school and church shootings across our country all in the name of belief.

No, I haven't. What beliefs have triggered such shootings? Were they Nazi beliefs or some other misguided ideology?