The woman who made me take my belt off, the officer who checked it out, and how my pants defied gravity 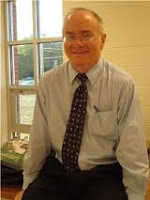 When I went through security at the Joplin Courts Building about an hour ago, the deputy gave the usual instructions, but added one I had not heard before.

"You will need to remove your belt."

"Must be some kind of big case," I said, smelling a story, but he shook his head.

"We had a woman who tried to sneak a knife in to her boyfriend by hiding it under her belt.'

After that incident, he said, the sheriff added belts to the items that need to be removed and scanned.

I removed my belt and thankfully, my pants did not fall to the floor.

As I waited for the belt, my phone, my keys and my wallet to be scanned, I asked if any charges had been filed against the woman. I had every intention of following her every step as she went through the judicial system. Unfortunately, she was not charged.

It is amazing how many things have been made more difficult for the rest of us because we have people in our society who have no respect for the law.

Belts at the Joplin Courts Building are a minor deal, but then again, so was buying medicines that now require tons of paperwork and a prescription, thanks to the people who discovered they were useful in making meth.

Or the tons of security people have to go through to get into most public buildings these days.

A lot of it is done because of the actions of people that our system seems well equipped to handle.

And speaking of that, there is a reason I was down at the courts building this morning, a new development in the case of someone who is Exhibit A for the failures of our judicial system.
Posted by Randy at 11:08 AM