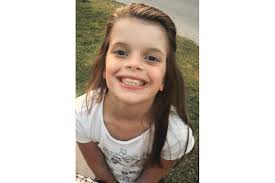 (The following passage was included in the legislative update released today by many Republican representatives.)

Another bill headed to the Senate is meant to better protect children by improving the state’s Amber Alert system. The bill is known as “Hailey’s Law” in honor of Hailey Owens, who was abducted and murdered at the age of 10 while walking home from a friend’s house.

Soon after the arrest of her killer, state officials and lawmakers turned their attention to the Amber Alert System. Though witnesses saw Owens being abducted, more than two hours passed before an Amber Alert was issued to let authorities and the public statewide know to look for her, and what her kidnapper and his vehicle looked like.

Legislators then and now said that faster issuance of an Amber Alert is unlikely to have changed the outcome in Owens’ case. She is believed to have been killed too soon after her abduction. However, the tragedy highlighted a need to expedite the issuance of alerts.

The sponsor of the bill said, “What we are saying is that we have these safeguards in place, we have these systems in place to try to save lives. They should operate as effectively as possible.”

The legislation would require the Amber Alert System to be tied into the Missouri Uniform Law Enforcement System (MULES), which is the computer system that allows all law enforcement in Missouri to communicate. That means once an officer enters information about a missing child into MULES, it would at the same time be available to the Amber Alert system.

The bill would also require the state’s Amber Alert System Oversight Committee to meet at least once a year to discuss ways to improve the system. Currently there is no requirement for that committee to meet. The sponsor said that having the committee meet regularly to evaluate the system means there will be an ongoing effort toward getting alerts out more quickly.
Posted by Randy at 5:38 PM