J. C. Penney to close 27 stores; Northpark Mall location not on the list. 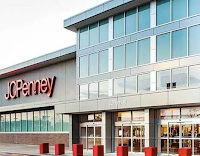 JC Penney announced today it is closing 27 low-performing stores,  including three in Missouri, but the anchor store at Joplin's Northpark Mall is not on the list.

From the Dallas Morning News:

The locations either needed significant investment, created minimal cash flow or appeared to be strong real estate sale opportunities, the company said. Their comparable sales were described as being significantly below the rest of the company's 840 department stores.


JC Penney is hoping that a new CEO and its recent decision to eliminate its home appliance section can improve the outlook for its remaining locations.


Though the company has not released the list of stores, it confirmed that none of those stores will be in its home state of Texas.